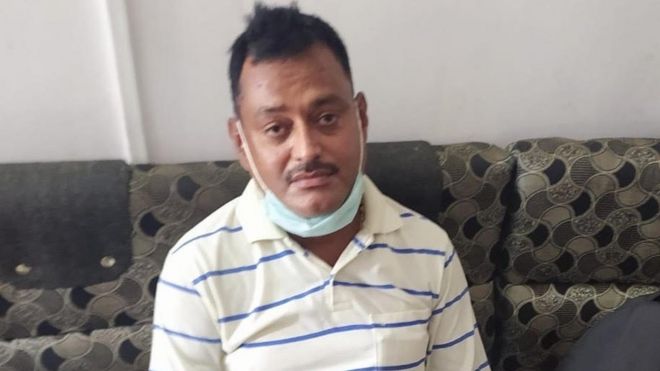 Police in India say they have shot dead a man, Vikas Dubey accused of killing eight policemen in the northern state of Uttar Pradesh.

Vikas Dubey, who was on the run for nearly a week after the incident, was held in the neighbouring state of Madhya Pradesh on Thursday.

Police said they were transporting Dubey to Uttar Pradesh when the car he was travelling in overturned.

They said he stole a policeman’s gun and tried to flee.

The inspector general of police, Mohit Agarwal, told India’s PTI news agency that policemen killed Dubey – described as a notorious gangster – in retaliation, after he refused to surrender and fired at officers.

But some have raised questions about the official account, in a state where police are often accused of using excessive force.

Dubey, often described as one of the most notorious criminals in Uttar Pradesh, had more than 60 cases pending against him, including murder, attempted murder, kidnapping, arson, and rioting.

He allegedly killed a state minister inside a police station in 2001. He was arrested but was soon released on bail. Most cases against him followed the same trajectory.

Dubey was said to have good political connections. A group of armed men accompanied him everywhere he went, and witnesses against him often changed their testimonies or refused to appear in court.