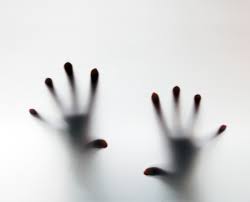 An unemployed man, Solomon Okon, has been in police custody for over a month for allegedly drinking a poisonous substance.

It was learnt that the 21-year-old, who was a porter at Havana Hospital, Surulere, Lagos, drank the poisonous substance after receiving a letter terminating his employment.

A relative of Okon said that the incident happened in August, adding that the suspect had since been charged to court.

He said, “Okon was working at Havana Hospital and received N35, 000 a month. He was squatting with a friend and was using part of the money to take care of his mother in Akwa Ibom. In August, he received a letter terminating his employment.

“Out of frustration, he ingested a poisonous substance. However, because it all happened in the hospital, he was quickly attended to and was able to recover to some extent. The hospital management reported the matter to the Barracks Police Station and then he was arrested and detained.”

The PUNCH learnt that the police arraigned Okon before a Magistrate’s Court in Yaba for attempted suicide.

He said, “The case has been taken to court. He was arraigned on August 28, 2020, before Magistrate Patrick N of Court two Yaba. Adjournment date: October 15, 2020. He is remanded in police facility at Surulere.”

Okon, however, pleaded not guilty to the charge.

It was learnt that the magistrate granted Okon bail in the sum of N200,000 with two sureties.

Okon’s relative told The PUNCH that there was no way they could afford the sum.

He said, “This young man tried to commit suicide because of poverty and frustration. Rather than get him a job, he is being detained and money is being demanded from him. This young man needs help. He needs assistance. He needs medical attention and counselling.

nt to visit the hospital.

“You will need to come to the hospital. This is not a matter that we can discuss on the telephone,” she said.

Attempted suicide is a criminal offence in Nigeria under Section 327 of the Criminal Code and it attracts a penalty of up to one year in prison which human rights groups describe as immoral.

According to the 2016 Global Health Observatory data repository of the World Health Organisation, there is an estimated 9.5 suicides per 100,000 Nigerians.

Reports have it that the figure may now be higher due to a worsening unemployment rate and rising poverty levels.