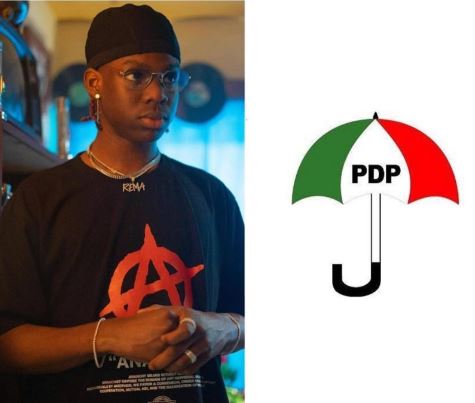 Nigerian singer, Divine Ikubor, popularly known as Rema has called out PDP to explain the real cause of his father’s death.

The “Dumebi” crooner who has been ranting on Twitter since today about his experiences in the past, called out PDP over his father’s death.

n a tweet which he shared via his handle @heisrema, the singer demanded to know what really happened to his father who gave up the ghost in a hotel room, some years ago.

“PDP y’all need to explain what happened to my father in that hotel room. Justice Ikubor son has risen”.

”I Will Be A Billionaire” – #BBNaija Laycon Declares