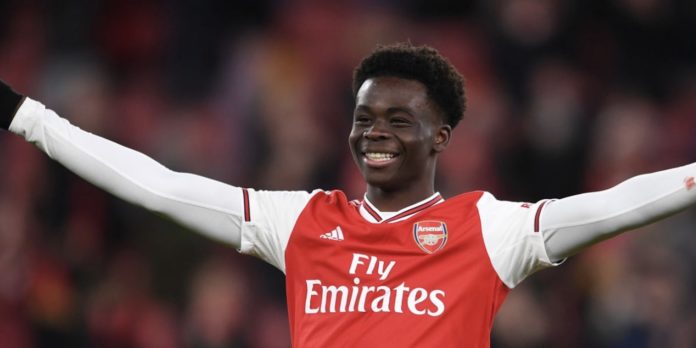 England manager, Gareth Southgate, has called up Bukayo Saka for their upcoming matches against Wales, Denmark and Belgium.

The Three Lions will face their Welsh counterpart in a friendly at Wembley on October 8.Southgate’s men then take on the Red Devils and the Danish team in Nations League outings.

Saka has been in fine form for Arsenal since breaking into the Gunners first team and featured prominently as Mikel Arteta’s men finish eighth in the Premier League last season and lifted the FA Cup.

The youngster was born in England to Nigerian parents and has represented the European country at U16, U17, U18, U19 and U21 levels.

The versatile player has now been handed his senior invitation, which could potentially end his Super Eagles chances.

The Nigeria Football Federation (NFF) was also unable to convince the Chelsea duo Fikayo Tomori and Tammy Abraham to commit their future to the three-time African champions.