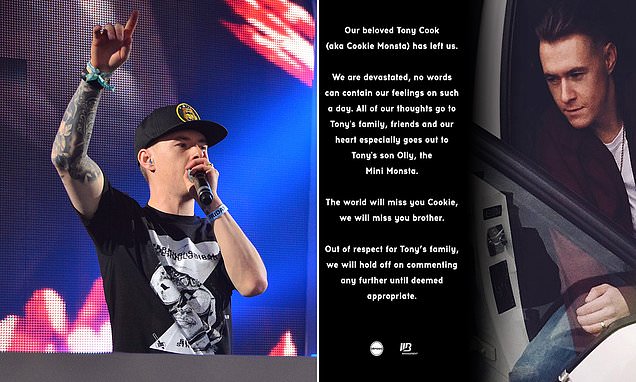 DJ Cookie Monsta has died aged 31, his record label confirmed on Friday.  Circus Records took to Twitter to announce the news to fans, saying they were ‘devastated’ by the new of his tragic passing.

The musician, whose real name was Tony Cook, was known tracks like Ruff and Blurgh; it has yet to be revealed how he died.

Releasing a statement, the record label wrote: ‘Our beloved Tony Cook (aka Cookie Monsta) has left us. We are devastated, no words can contain our feelings on such a day.

All of our thoughts go to Tony’s family, friends and our heart especially goes out to Tony’s son Olly, the Mini Monsta. The world will miss you Cookie, we will miss you brother.’

In their poignant post, they added: ‘Out of respect for Tony’s family, we will hold off on commenting any further until deemed appropriate.’

Cookie revealed he was struggling with his mental health in May 2019, as he said he was going to be cancelling his shows at the time to take a break and focus on himself and his mental well-being.

In a statement, he wrote: ‘For the past year I’ve been struggling with mental health issues, over the recent weeks and months this has become harder than ever.

‘I’ve not been online recently as I’ve been trying to work through my problems away from the glare of social media.

‘Unfortunately I’ve not made as much progress as I’d hoped, so I’ve decided that I need to take a longer break from the scene. 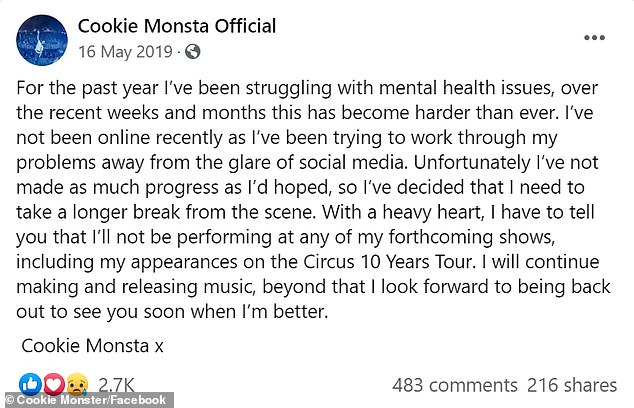 Fans and fellow musicians took to Twitter in their droves to pay tribute to the DJ, as they lamented his tragic loss. 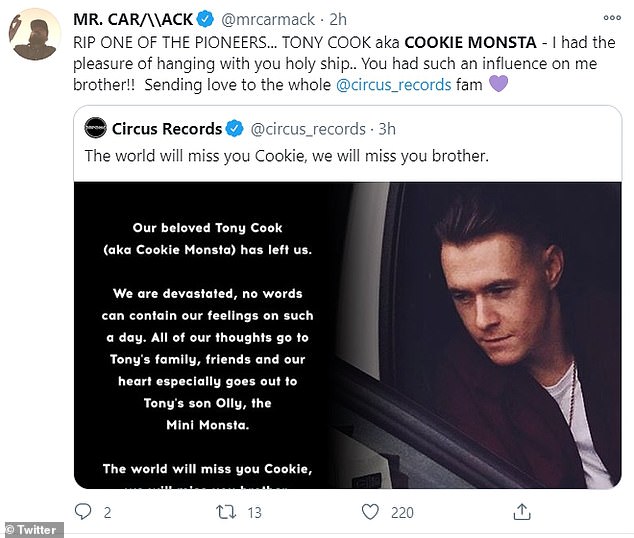