The ex housemate who was disqualified from the just concluded reality show over her unruly behaviour, lamented about her IG account having visibility issues.

Speaking via her IG story, Erica said most of her close buddies have been having their accounts reported and she feels her account is also being reported.

However, she maintained that despite the issues she’s facing, she will still thrive both on social media and in real life.

“My account is having visibility issues. A lot of people associated with me have had their accounts reported. I will thrive on social media and in real life”. 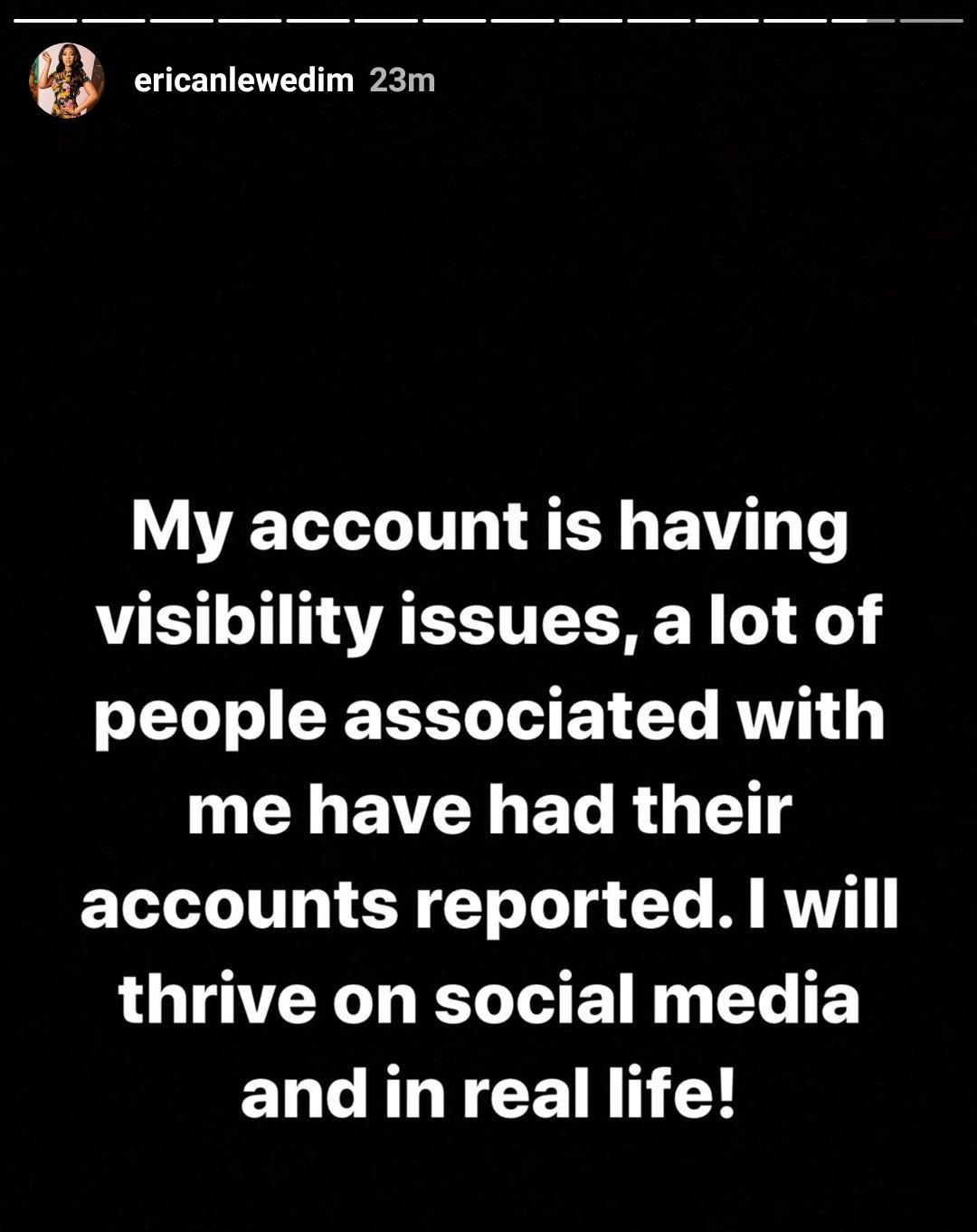