Vee and Josh coincidentally rocked the same type of outfit, and photos of the duo rocking the outfit went viral.

Reacting to this, Josh2funny in a hilarious post on his social media handles, claimed that Vee borrowed his “coat” and has refused to return it.

In the photos which he shared, the both of them were spotted rocking the same colour of “coat”, with a slightly different design.

Josh2funny jokingly expressed that he needs back the “coat” for his upcoming music video. 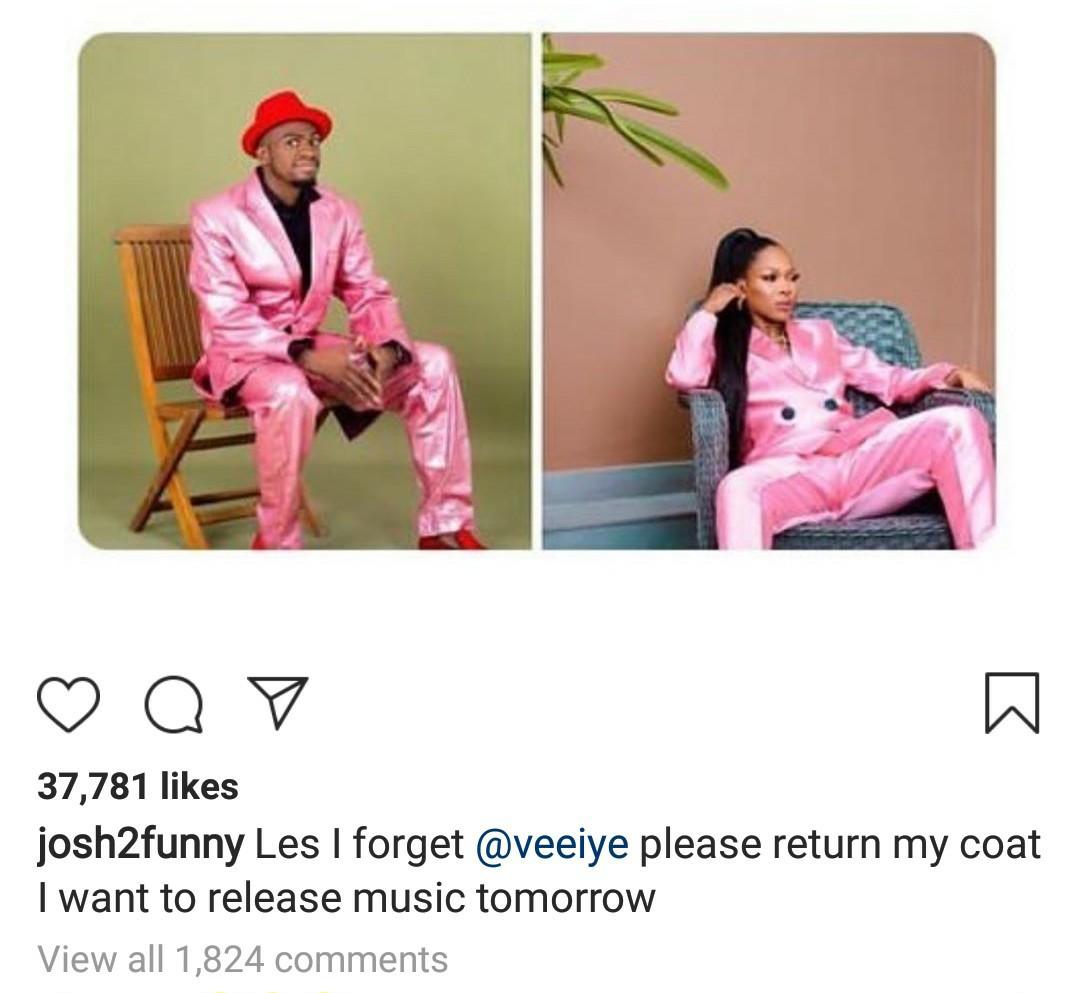