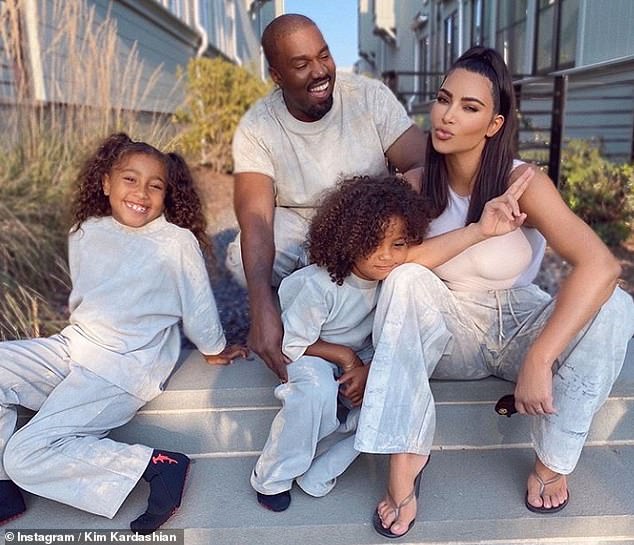 Kim Kardashian and Kanye West have once again brushed off claims that a divorce could be on the horizon as they posed for a sweet family snap on Saturday.

The reality star, 39, posted the cute portrait with their two oldest children North, seven, and Saint, four, hinting that all’s well in their marriage. 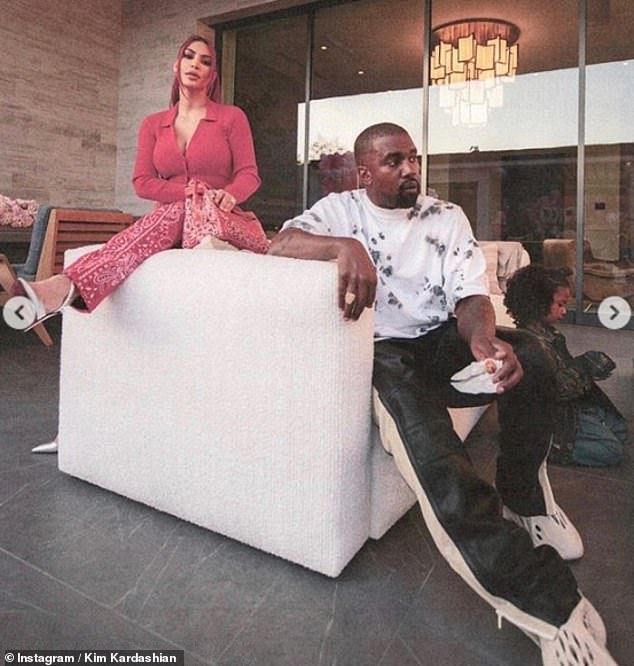 Kim and Kanye have been plagued by rumours that they are heading for ‘an impending divorce’ as the rapper struggled with his mental health, though sources have claimed that she is still ‘focused on healing her relationship’.

She captioned the post with a cute kiss emoji, seeming happier than ever with her husband.

A source told Us Weekly: ‘She is deeply disappointed and sad because Kanye is struggling. It’s a vicious cycle that Kim has had success at interrupting successfully for months at a time.’ 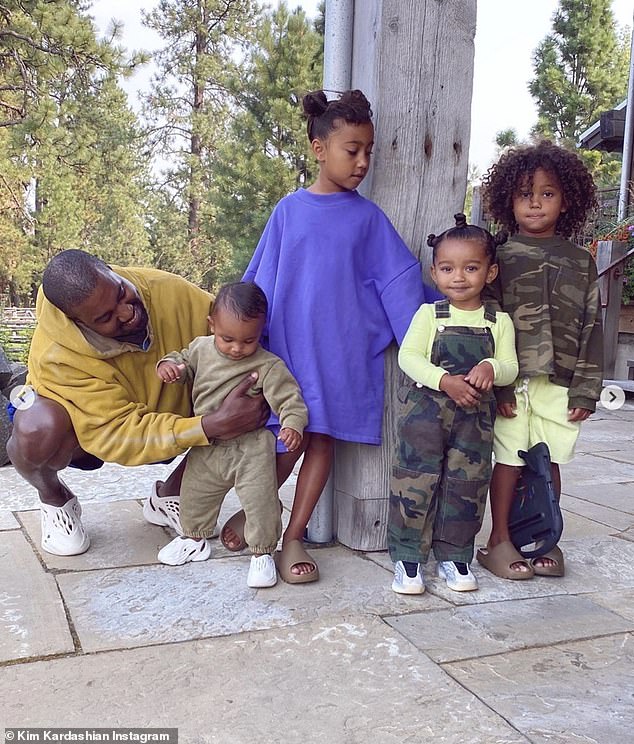 They went on to say how Kim knows it is difficult for Kanye ‘being isolated and alone’.

‘Being isolated and alone essentially in his head isn’t healthy for Kanye … She doesn’t care about the tweets, that is Kanye being Kanye. The mood swings and the manic episodes that are extremely difficult for Kim to help Kanye cope with.’

Photos: D’Banj’s Mum Celebrates Her Birthday With Her Family