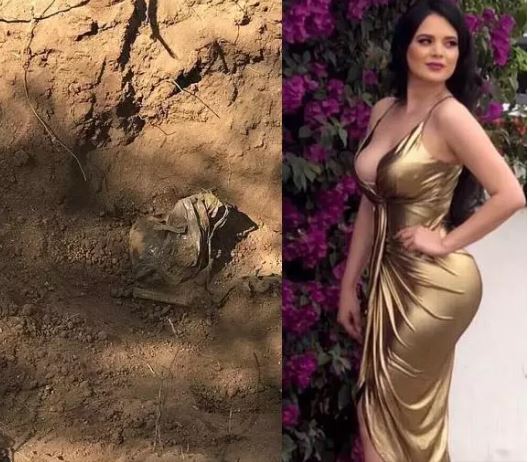 A Mexican model who went missing two months ago after being kidnapped by a gang of masked men has been discovered buried in a secret mass grave.

Yessenia Alvarado, 24, a mom-of-one who worked as a model in Mexico, was shopping in Ciudad Obregón, Sonora, on August 18 when she was abducted.

According to her family, the gang tried to extort them for a ransom but they later stopped communicating with them.

On September 20, investigators from the Criminal Investigation Agency anti-kidnapping unit carried out a search on a property in the Sonora municipality of Cajeme, where they discovered a mass grave with seven people.

The officials notified the family of Alvadaro and they were able to identify the clothing of Yessenia after her remains and that of six others were brought up from the mass grave in northern Mexico.

Police have arrested three suspects in connection with the bodies that were found at the property. A judge has also ordered all three individuals held in custody while defense lawyers and prosecutors go over the case.

Alvarado, who was the mother of a five-year-old boy, was outside a store in the Sonora neighborhood of Aves del Castillo when the kidnappers forced her into a vehicle and sped off, an eyewitness told authorities.

Following the abduction, her mother Yadira Rivera said she received numerous calls requesting ransoms in exchange for the release of her daughter, according to Mexican news outlet Sintesis Noticias.

‘A person called extorting us, supposedly saying that they have her, saying give me so much and I’m going to release her. They have tried to take advantage of the situation,’ Rivera.

Footballer Abba Yusuf explains why he is still single