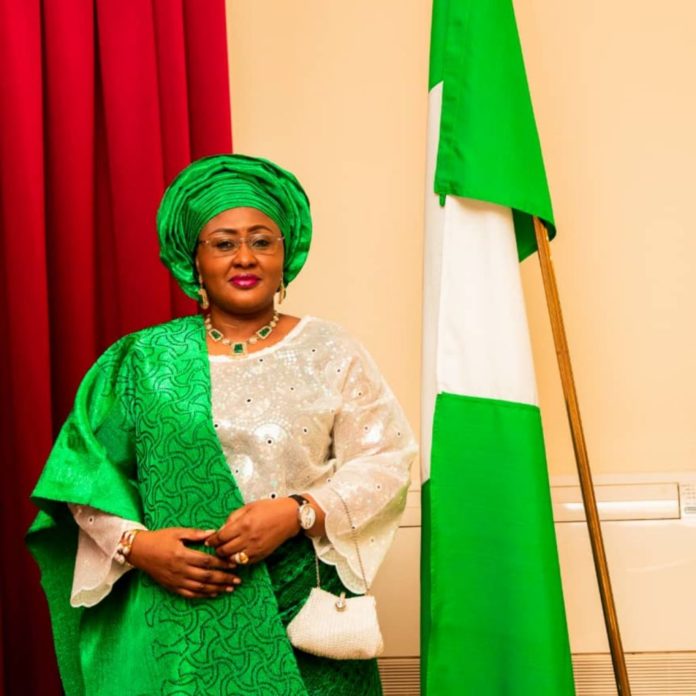 First Lady, Aisha Buhari, has advised Nigerians to stay focused and remain on the path of nation-building. The president’s wife gave the counsel in her message on Nigeria’s 60th Independence Anniversary.

Aisha acknowledged the heroics of citizens who made sacrifices for the country.

“I am happy to be part of today’s celebration as I congratulate Nigerians on the attainment of 60th anniversary of our nationhood. Our growth, despite huge challenges is a result of the dogged sacrifices of our heroes past both males and females.

“I wish to specially note the contributions of great men and women to the realization of one Nigeria. We have a duty not just to remember them, but to imbibe their spirit of patriotism and unity. It is important that we remain focused in our drive to achieve the Nigeria of their dream, our dream.”

In his broadcast, President Muhammadu Buhari criticized governments from 1999 to 2015.

Olusegun Obasanjo, Shehu Yar’Adua and Goodluck Jonathan were presidents within the period.

The incumbent stated that they presided over “near-destruction”.

Buhari also announced that a litre of petrol will now sell at N161.

Nigeria, the world’s most populous black nation, gained independence from Britain on October 1, 1960.

6 Passengers Killed After Vehicle Collided With A Truck In Katsina....