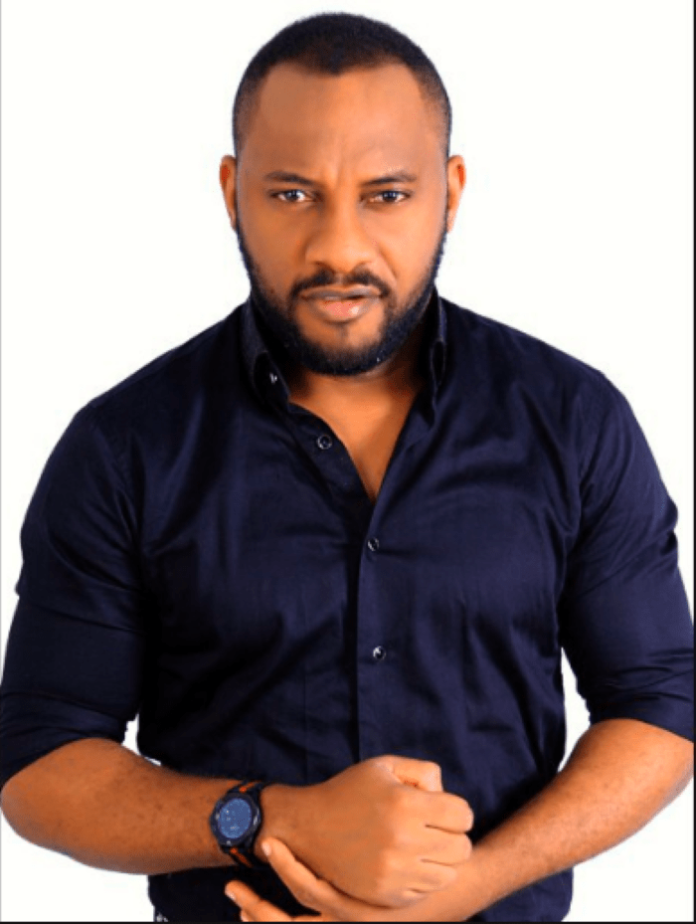 Nollywood actor, Yul Edochie has revealed his plans to contest for the Presidential election. The actor made this known in a tweet via his Twitter account on Tuesday while replying to a fan who said that the country needed young and vibrant leaders like him.

He further revealed that he believes he will be the best President the country will ever have if he could get the same support Nigerians give to BBNaija housemates.

“If Nigerian youths will realise the power they have & support me the way they support BBNaija housemates, I’ll surely become Nigeria’s next President & best President ever.

“I’ll unite this country & appoint credible men & women to work with, irrespective of tribe or religion,” he said. 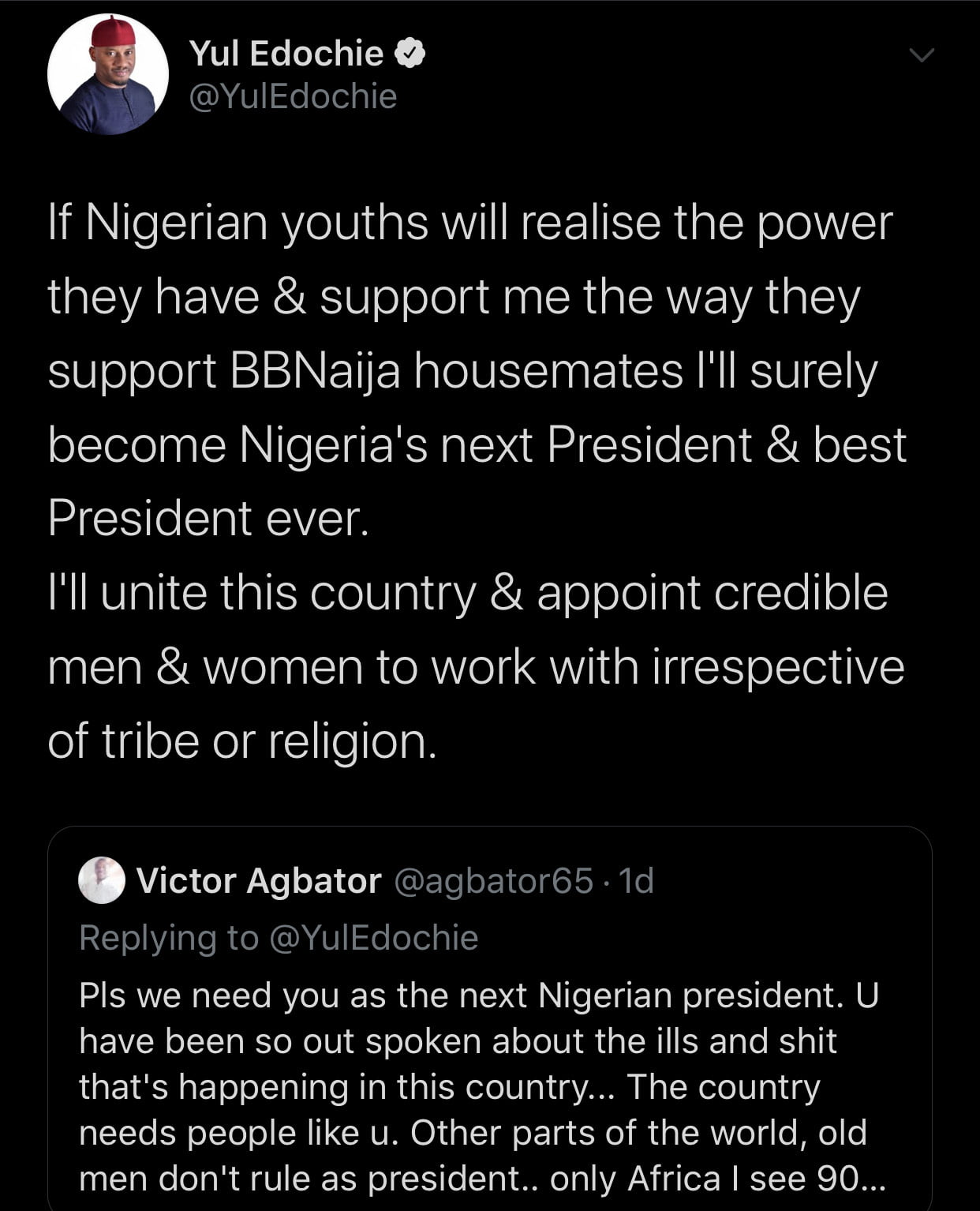