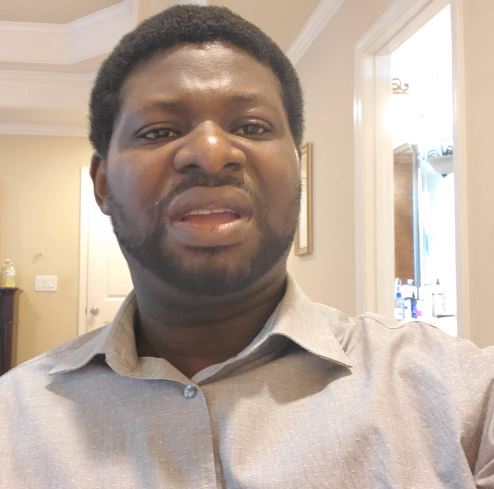 Leader of Awaiting The Second Coming Of Christ Ministry, Pastor Adewale Giwa has described governor Rotimi Akeredolu as the worst governor ever in the political history of Ondo State.

Giwa urged the electorate to use their votes in the forthcoming governorship election in the State to correct the mistakes of 2016 where they allegedly collected money to pave the way for governor Akeredolu.

According to the cleric, who addressed his members on Sunday, governor Akeredolu remains an error Ondo people must correct on Saturday.

Besides, Giwa also advised President Muhammadu Buhari and the Independent National Electoral Commission, INEC, not to thwart the will of the electorate.

He specifically urged president Buhari to allow governor Akeredolu’s achievements to speak for hotm at the polls.

“It is important to say this that the good people of Ondo state have made up their minds to vote for a candidate of their choice on October 10 governorship election.

“If governor Akeredolu had done well as claimed, president Muhammadu Buhari and the Independent National Electoral Commission, INEC should allow his achievements speak for him at the polls.

“Any attempt to rig this coming governorship election will turn out to be an exercise in futility because the world will be focusing its attention on Ondo state. Let me also remind governor Akeredolu that he remains the worst governor the State has ever produced since 1999.

“He is an error the electorate must correct. Let me also tell Mr. Akeredolu that he became the governor just to further serve his wife, child and in-laws. He did not become a governor to serve the good people of the state.

“Before he came to power, Governor Akeredolu promised to make education accessible to all, but, he instead turned our children to beggars on the streets following the exorbitant tuition fees imposed on parents.

“Governor Akeredolu has nothing to justify why he maliciously and grievously increased tuition fees from N25,000 per year to N180,000. What a share wickedness!

“The governor has come to proof to the people of Ondo State that Dr. Olusegun Mimiko remains one of the best governors in history of the state. On health, our pregnant women can no longer go to the government hospitals due to outrageous medical bills forced on them by Akeredolu’s government.

“Our industries are there begging for attention but to no avail. As a matter of fact, governor Akeredolu has come to dupe us in Ondo. Where our the shuttle buses the previous administration bought for our children?

“He is a prodigal governor; he met N20 billion in the state coffers, and he never accounted for it. How did he spend the sum of N4.3billion that was discovered in a secret account?

“He is running around, dashing out money to the people. Please, collect it because the money is meant for all of us.

“If Akeredolu finds his way back, he will sell Ondo state without collecting the balance. May his type never be governor again in Ondo State.

“I urge the good of the State to vote for their future, but not what they would eat for a day. They can now see the results of the 2016 slogan ‘Dibo ko se e be’, meaning ‘Vote and go home and cook,’”, Giwa stated.

Sports Betting: Man In Uyo Hangs Himself Over N22,000 Loss