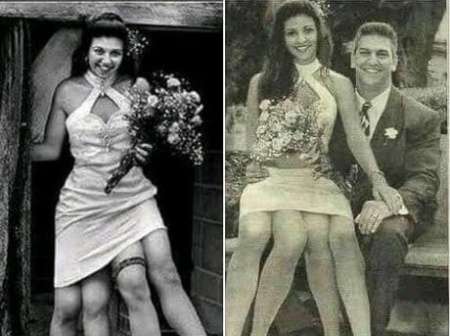 The two legs that belong to her twin was smaller than her normal leg, and they were glue to the normal legs so it was very difficult for her to walk freely.

At the age of 19 Josephine got married to Clinton Bicknell who was a medical doctor, and they both had five kids which consists of one male, and four female.

It was also reported that Josephine gave birth to two of her children from one set of organs, and the remaining three from the other. Although her twin legs were not fully formed, but the two organs was fully formed and she delivered easily with it.

Josephine was born with a rare condition, but she lived a fulfilled life before she passed away on May 6, 1928.

Josephine was born many years ago and in her time technology was not advanced, but she lived happily but people believe if it were to be now, she would have lived a more comfortable life.

D’Banj Proposed To Me’ – Kokoma