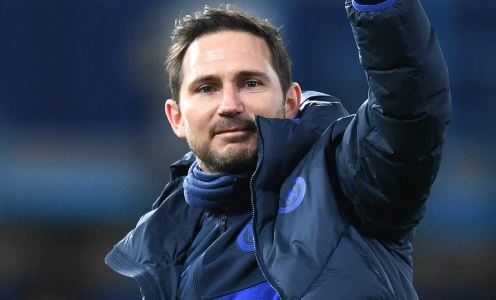 Chelsea manager, Frank Lampard, has ruled out any possibility of winger, Callum Hudson-Odoi, leaving the club for Bayern Munich before Monday’s transfer deadline.

Hudson-Odoi has been strongly linked with a move away from Chelsea to Bayern Munich this summer.

But Lampard is now saying that Hudson-Odoi is absolutely part of his plans for Chelsea this season, adding that he wants the England youngster to remain at Stamford Bridge.

He stated this after Chelsea’s Premier League 4-0 victory over Crystal Palace on Saturday.

Asked about Hudson-Odoi’s future amid declared interest from Bayern Munich, Lampard was quoted by Chelsea’s official website as saying: “He’s absolutely part of my plans here.

“We have Christian Pulisic and Hakim Ziyech, but we need options on the wings and what Callum showed today and when he came on against West Brom was exactly what he needs to show, so I’m very pleased with him.

“There is no definitive answer [about his future] but by Monday, we will have one. If Bayern have declared an interest, then that’s one thing, but as I’ve said before, everything that happens by Monday will be things that are firstly good for us as a club because Callum’s our player and also what Callum wants will come into consideration, but it has to be right for everybody.

“At the minute, I want Callum part of my squad.”