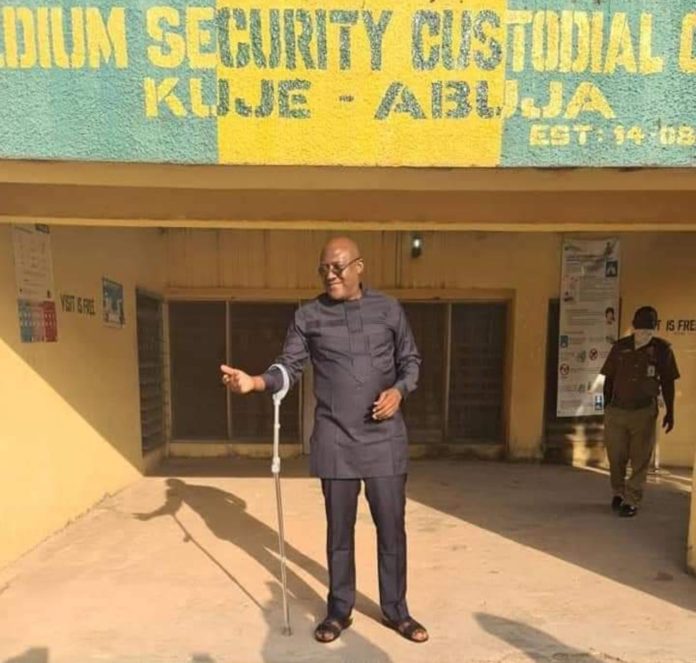 Ayo Fayose, a former Governor of Ekiti State, has reacted to the release of Olisa Metuh, ex-spokesman of the Peoples Democratic Party, PDP.

“And to Justice Okon Abang, you will one day reap the rewards of the hardship and suffering your miscarriage of justice has made many Nigerians to go through.”

Recall that the Court of Appeal sitting in Abuja had on December 16 nullified the seven years jail term imposed on Metuh by Justice Okon Abang of the Federal High Court, Abuja.