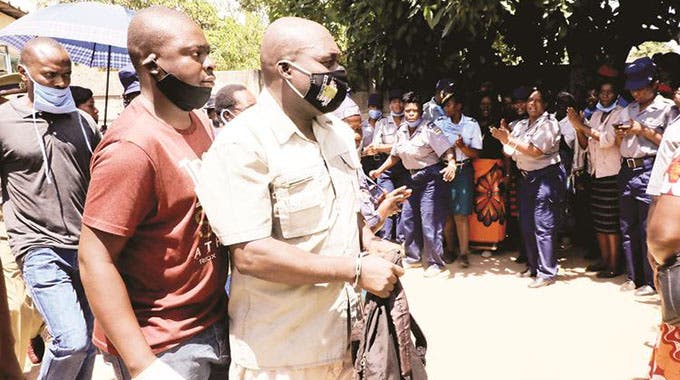 The police officer, who shot and killed his wife in Chitungwiza with a service pistol following a suspected domestic dispute, denied intentionally shooting her, describing the incident as very unfortunate.

Tichaona Chirinhe, 38, a sergeant under Harare Central Crime Prevention Unit revealed that he accidentally shot his wife Juliana Chirinhe whilst trying to take safety precautions on his service pistol.

Chirinhe appeared before Harare Magistrate Judith Taruvinga yesterday facing murder charges.  He was, however, not asked to plead to the charges.

It is the States case that on December 27 at around 10 am, Chirinhe was welcomed home by his wife Juliana. A dispute is alleged to have ensued between the two resulting in Chirinhe fetching a service CZ pistol 9mm and shooting his wife once in the waist.

In his defense, Chirinhe argued that he had no reason of killing his wife of 15 years. He claims that his service pistol accidentally discharged while he was cleaning it with the bullet hitting his wife, Juliana Chirinhe, in the abdomen.

“I did not intentionally kill my wife. What happened was very unfortunate,” he said in the statement.

Chirinhe was however remanded in custody to January 12, 2021, for routine remand and was also advised to approach the High Court for bail application.

NNPC is a mafia organisation, I’ll privatise it – Atiku