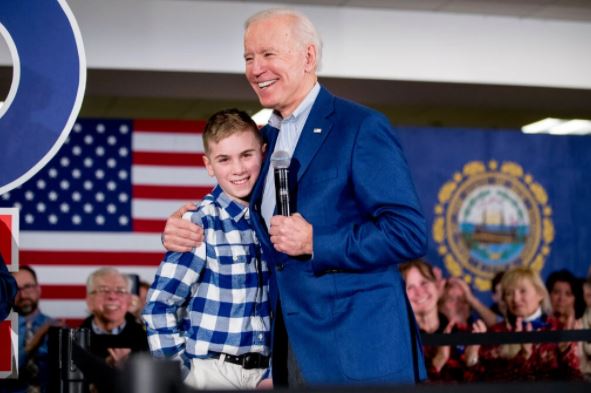 They bonded nearly a year ago after Joseph R. Biden Jr. bent down to greet Brayden Harrington, a 13-year-old boy who stutters, at a campaign stop in New Hampshire.

“Don’t let it define you,” Mr. Biden said, squeezing Brayden’s shoulder and looking him in the eye. “You are smart as hell.”

Months later, Brayden spoke at the Democratic National Convention, a remarkable display of bravery and vulnerability that has been viewed hundreds of thousands of times online.

Now, Brayden plans to tell his story in a picture book, “Brayden Speaks Up,” which will be published on Aug. 10 by HarperCollins Children’s Books, the publishing company announced.

The book will be illustrated by Betty C. Tang. Harper Collins said that it was a two-book deal and that Brayden’s agent was David Vigliano at Vigliano Associates. Next year, Brayden plans to write a novel for children ages 8 to 12, HarperCollins said.

The announcement came as Brayden took part in the inaugural celebration for Mr. Biden on Wednesday night, reading aloud a famous passage from John F. Kennedy’s inaugural address: “Ask not what your country can do for you — ask what you can do for your country.”

“When I learned I had the opportunity to speak at the Democratic National Convention, I was so nervous!” Brayden said in a statement. “What got me through and helped motivate me was knowing I could be a voice for other children who stutter as well as anyone else who has faced challenges. I only hope my story provides a little extra support and motivation for those that need it.”

Jane Fraser, the president of the Stuttering Foundation, said that she was thrilled that Brayden planned to write a book. She said it showed how important it has been for him and for others who stutter to have a role model in the White House.

Teacher Who Had Sex With Student In Classroom 4 Times In...