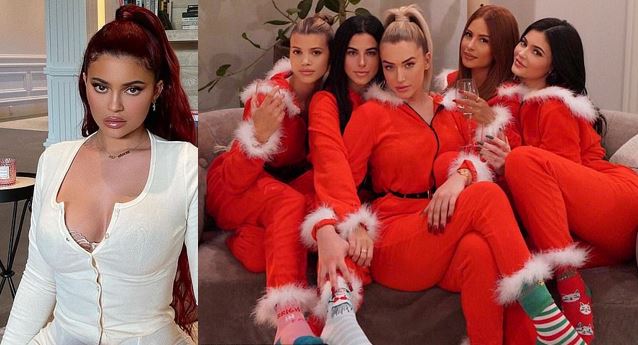 Kylie Jenner has remained one of the most followed celebrities on Instagram for years. So, a follow from the pseudo ‘billionaire’ is certainly a mark of status for many influencers on the app.

She recently went on an unfollowing spree, as Sofia Richie, Fai Khadra and other members of her squad were purged from her Instagram, leaving only 28 accounts on her ‘following’ list. The 23-year-old also unfollowed the likes of Rosalía, Harry Hudson, Ariel Tejada, Victoria Villarroel and Yris Palmer. 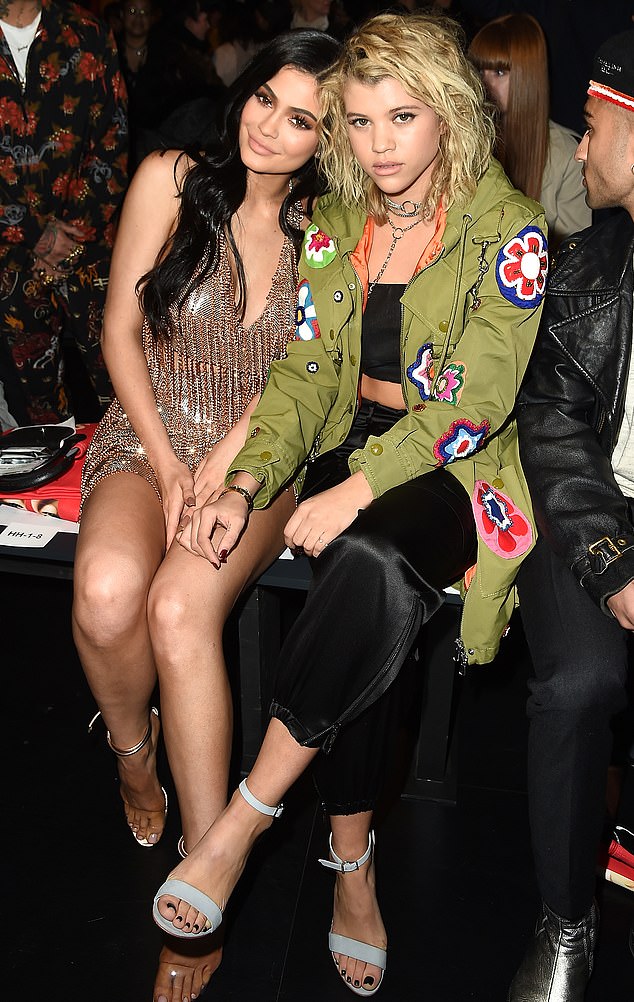 She has also been close friends with Richie for several years

The move comes as a surprised, as Khadra recently accompanied her family on a New Year’s ski trip to Aspen.

She has also been close friends with Richie for several years, even amid her recent split with sister Kourtney Kardashian’s ex Scott Disick, who she still follows.

A source told HollywoodLife in August: ‘Kylie makes it a point to stay out of Scott and Sofia’s relationship because she loves both of them and doesn’t want to get involved whatsoever.’ 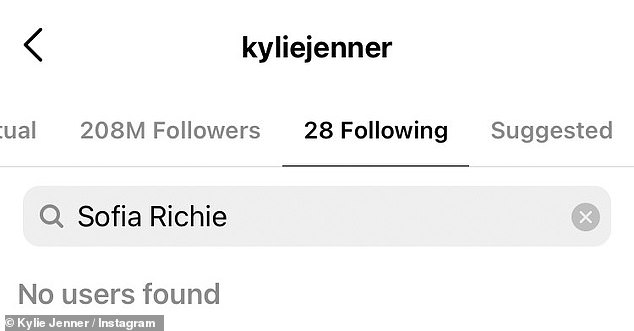 It appears that the only profiles to survive the early spring cleaning belonged to her famous family, some fan accounts, as well as best pal Anastasia ‘Stassie’ Karanikolau, mom Kris Jenner’s boyfriend Corey Gamble and super fan Johnny Cyrus. 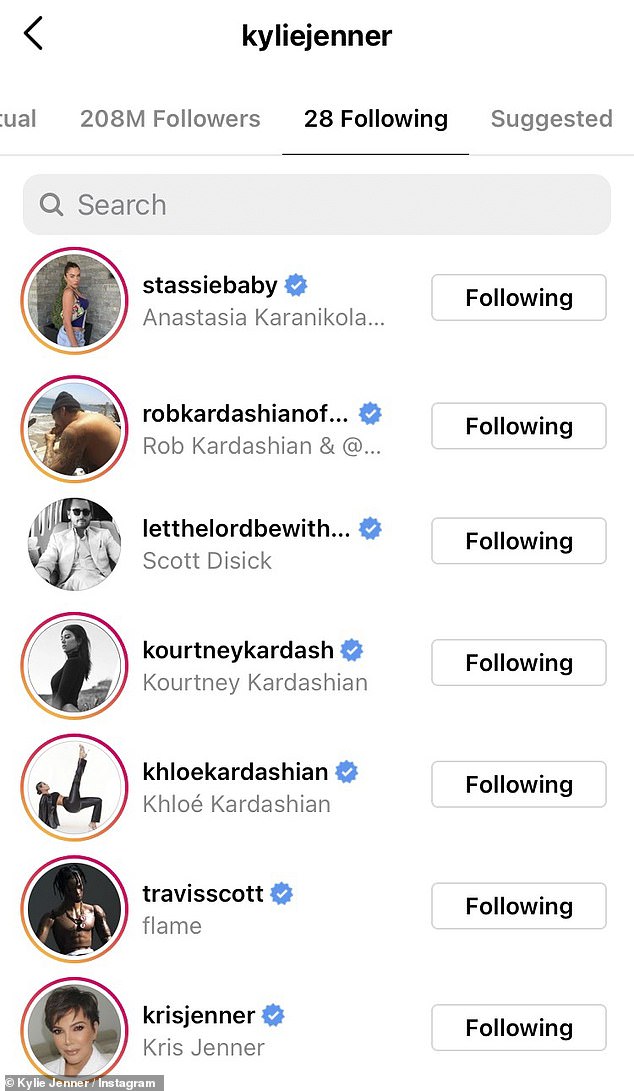 Meanwhile, with a current follower count of 208million, she ranked as the fifth most followed Instagram account of 2020.

Although there’s been no apparent falling out with her inner circle, she recently drew criticism from some of her other followers over a tone-deaf business move.