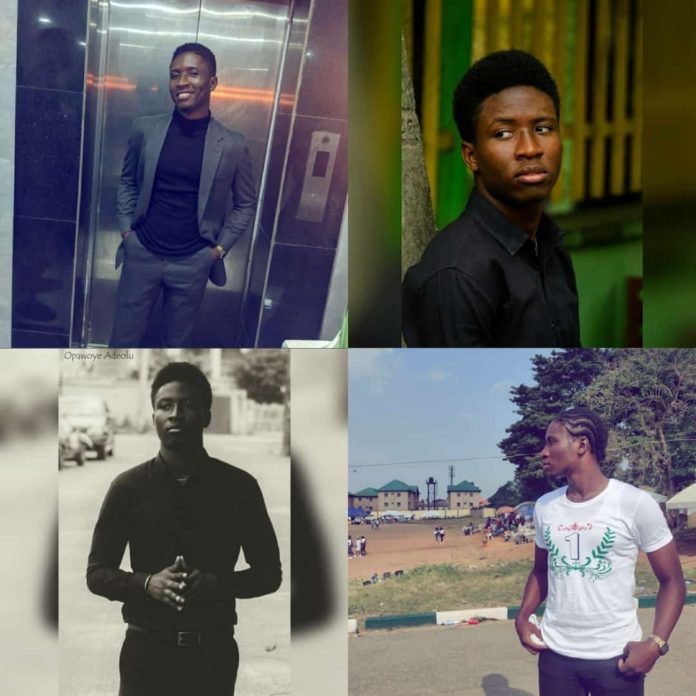 Nigerians are mourning a young and promising young man, David who was shot on Friday by armed robbers on his way back from work.

Policemen who were at the scene allegedly refused to help and watched him until he bled to death. His friends have said he wouldn’t have died; -If the police acted, -if ambulance service was in place, if nurses and doctors did their part. His relative who narrated the story wrote: 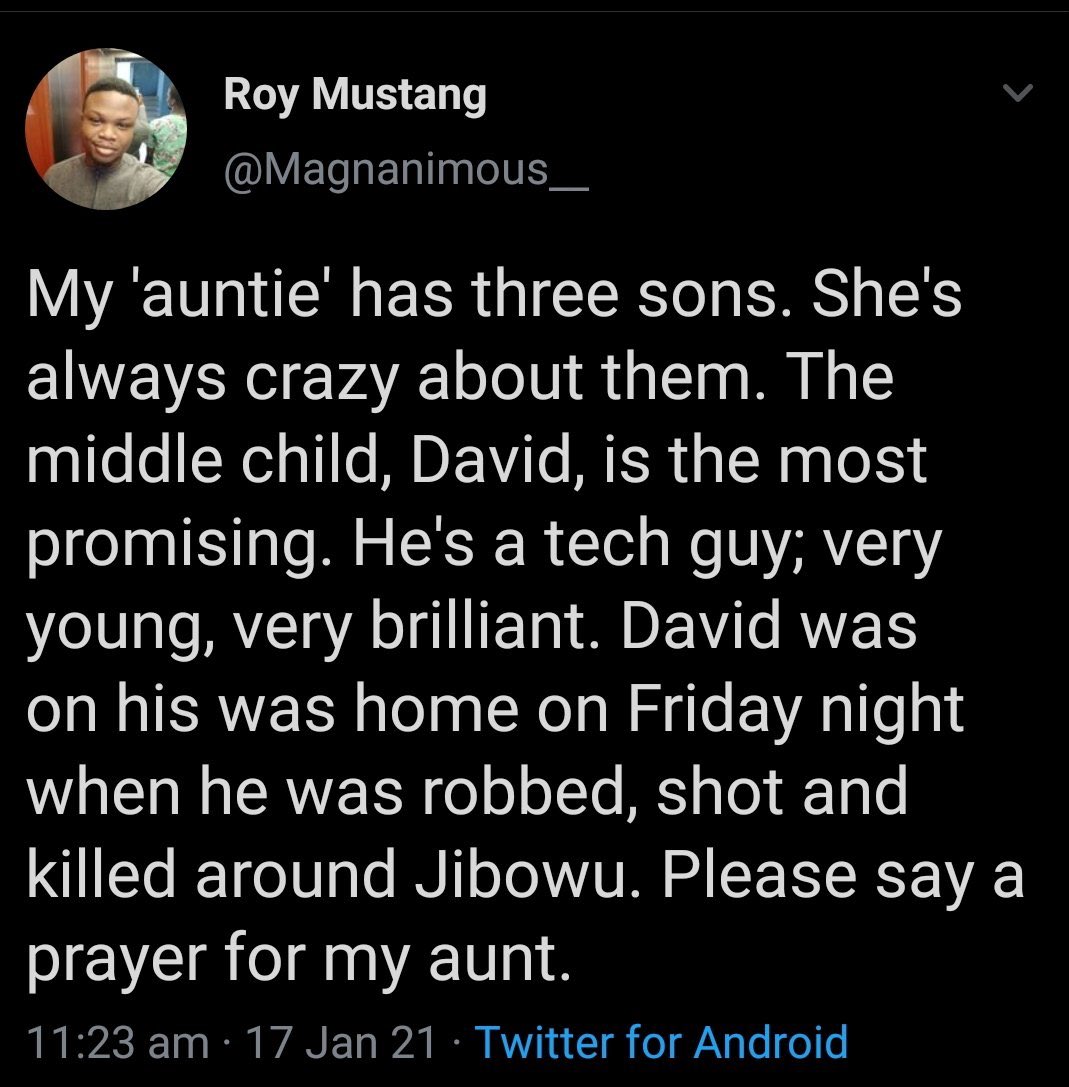 David before his death was a Tech guy and a good singer too. May his soul rest in peace, amen!

Goodnight my brother. Nigeria has failed you but you’d forever remain in our hearts ??. See you on the other side. Rest on ? pic.twitter.com/Lzp8d9rW2L

It’s painful how young died this kontri without nothing done..it’s Alarming ??

The country is messed up, young people, please get off this land if you haven’t already, and if you never had a plan, start making one! 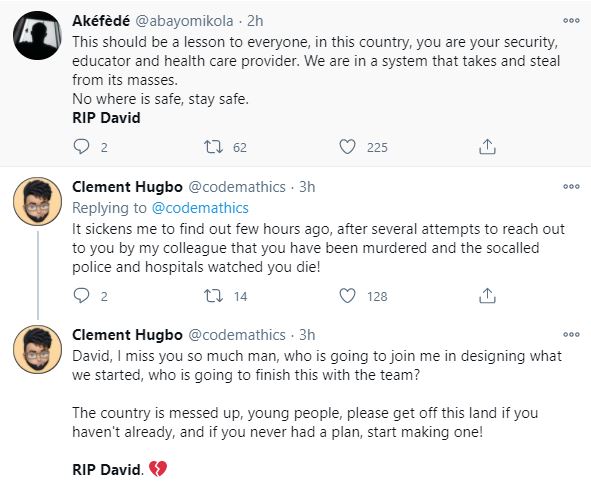 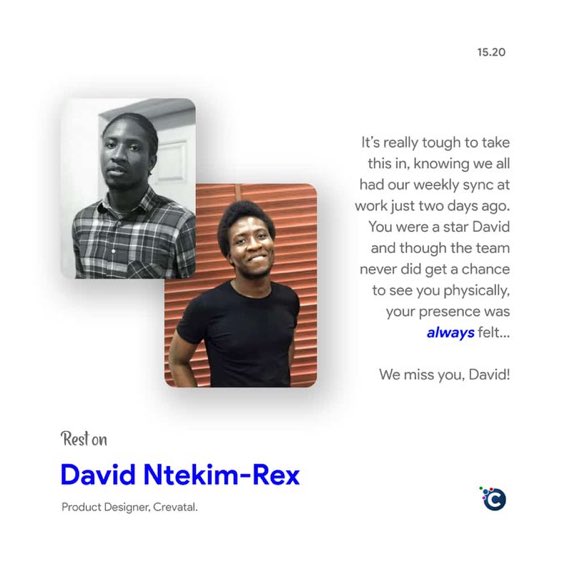 Father Reveals He Killed His Daughter & Dumped Her Body In...