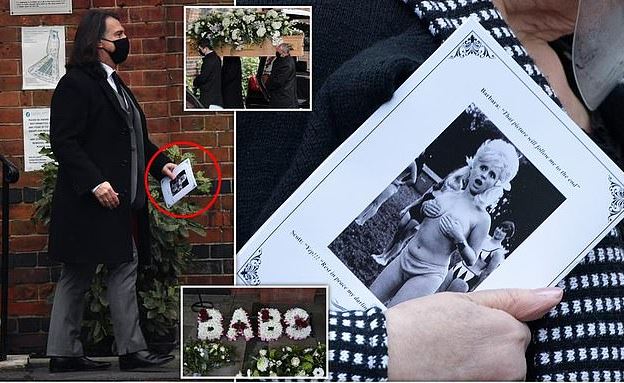 Dame Barbara Windsor’s prophecy came true on Friday as an iconic Carry On Camping image adorned the order of service at her funeral as heartbroken husband Scott is joined by Ross Kemp, David Walliams and Matt Lucas.

The picture – of a topless Ms Windsor covering herself with her hands – was seen on the cover of the order of service as mourners paid their last respects at Golders Creen Crematorium in North London after the star died last month on December 10 aged 83.

Her third husband Scott Mitchell paid an emotional tribute to the EastEnders and Carry On star, saying: ‘Rest in peace my darling Bar, my love forever Scott.’ 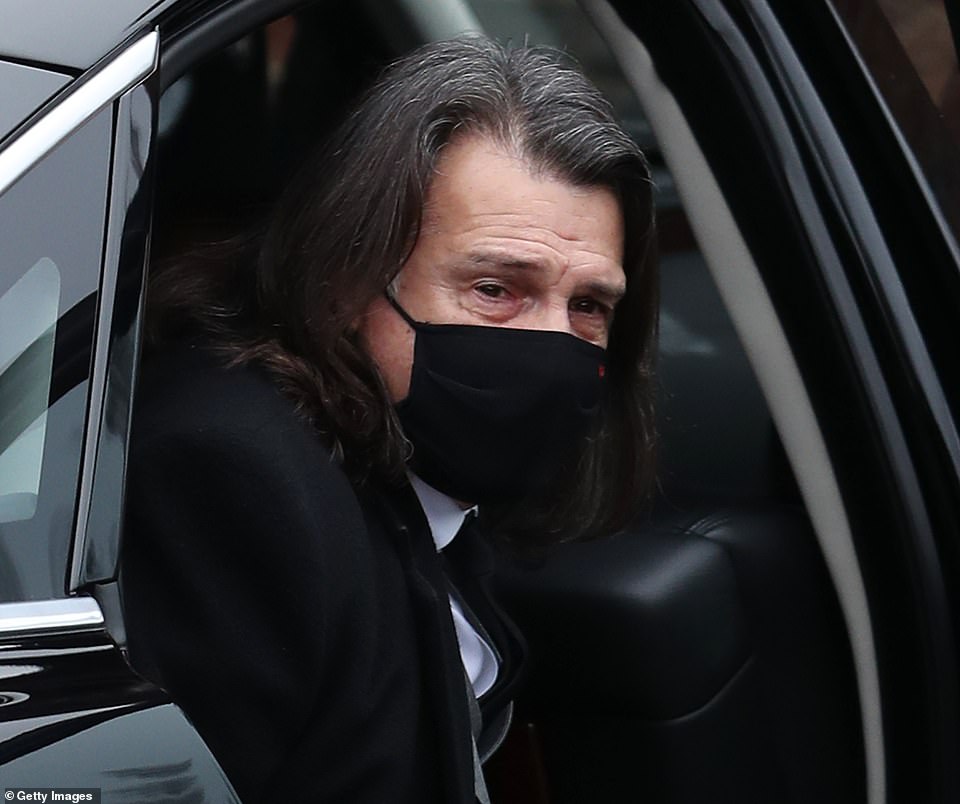 Stars including David Walliams, Matt Lucas and Christopher Biggins were among those who Flowers spelling out Babs, The Dame and Saucy adorned her coffin, while a topless photo from her Carry On days was included in the order of service, accompanied by her quote: “That picture will follow me to the end”. 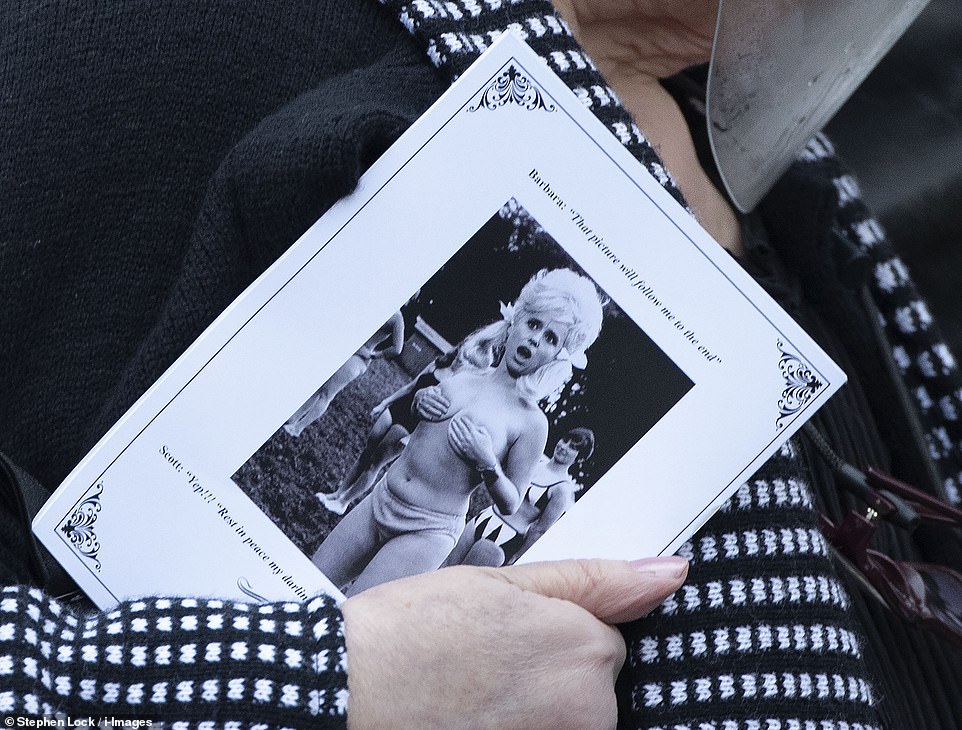 Mr Mitchell, who was married to Dame Barbara for 20 years, wrote below it: “Yep!!! Rest in peace my darling Bar, my love forever Scott xx.” 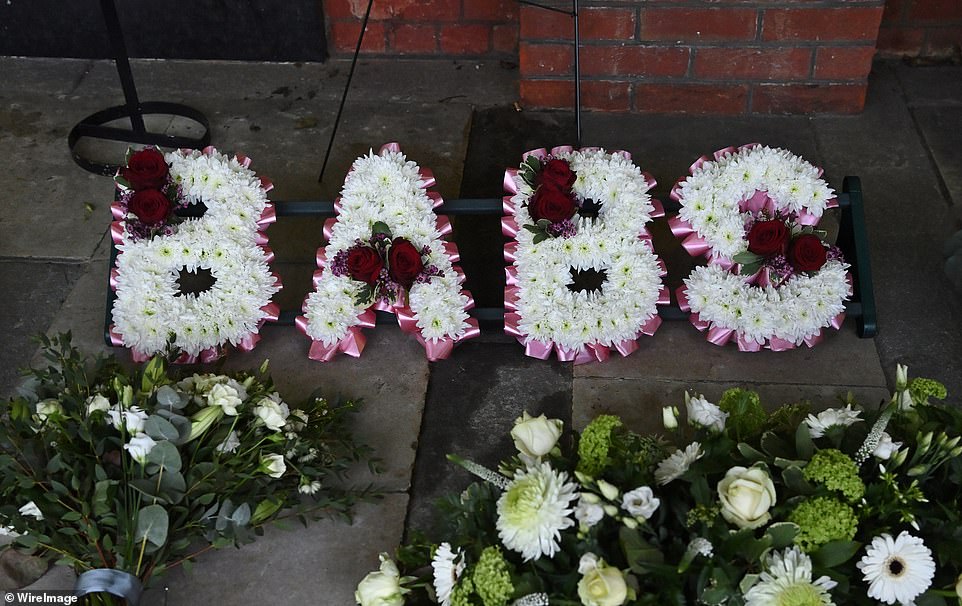 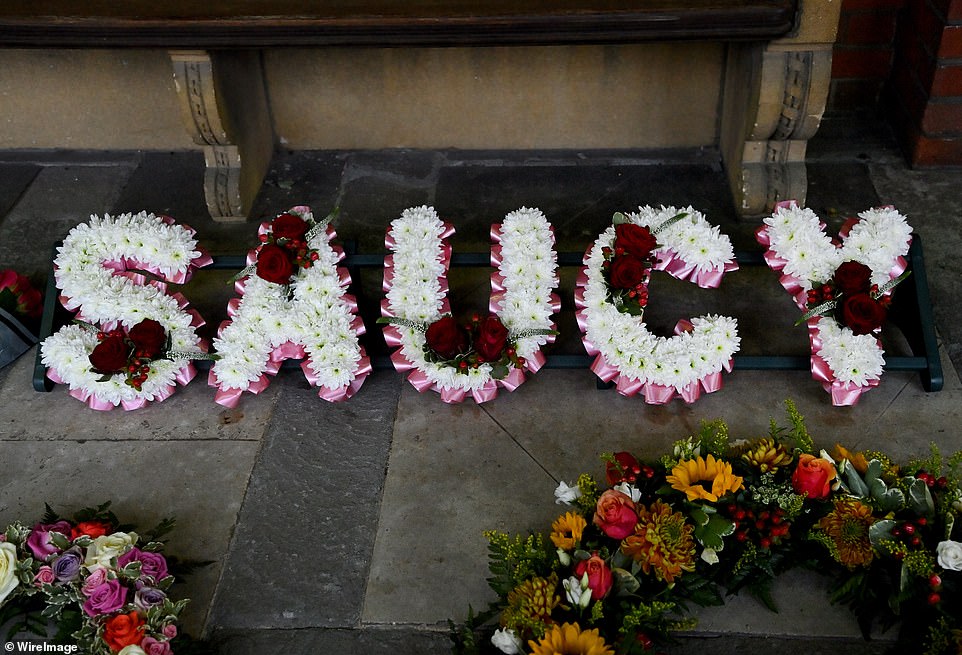 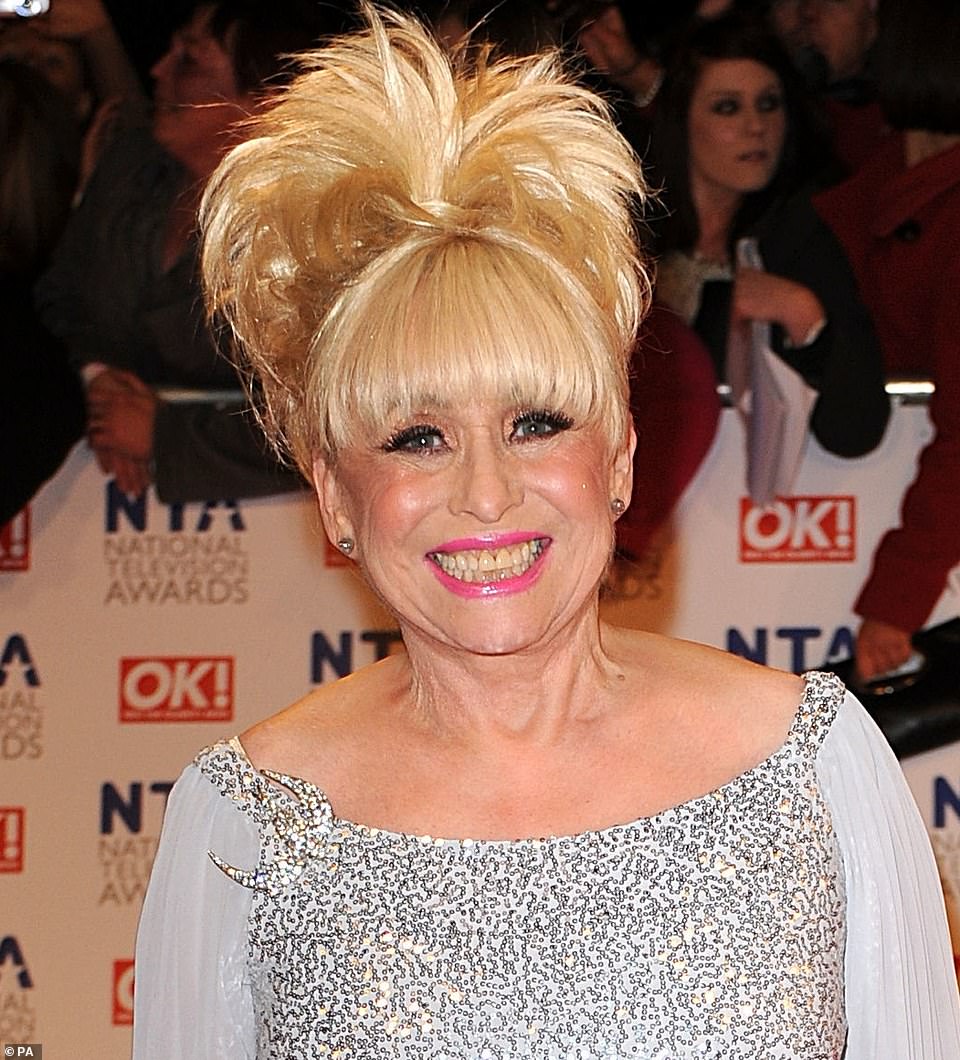 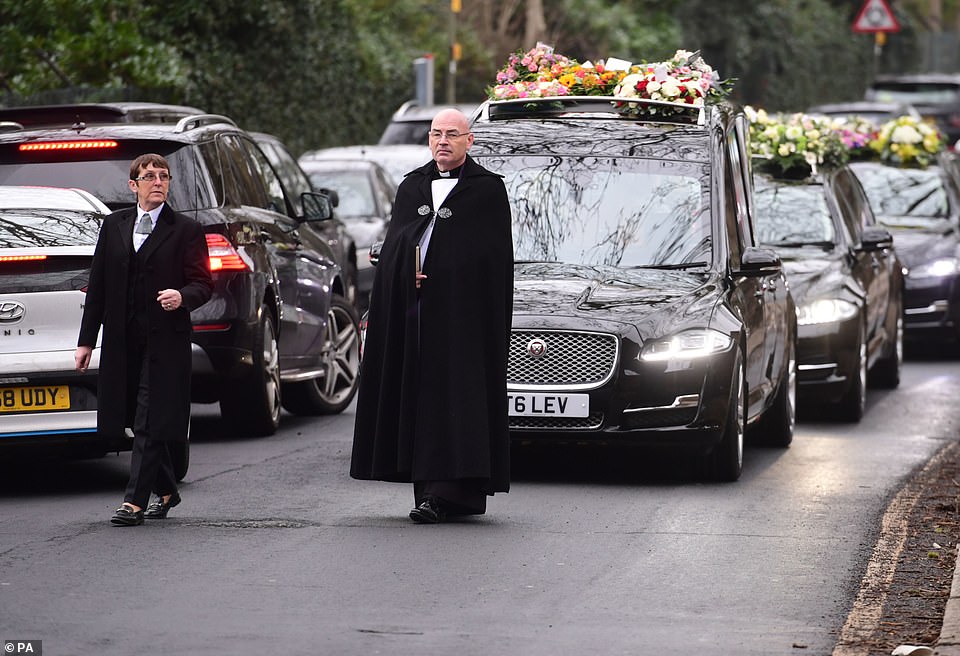 One Killed, Many Injured As Thugs Invade APC Campaign In Bayelsa....