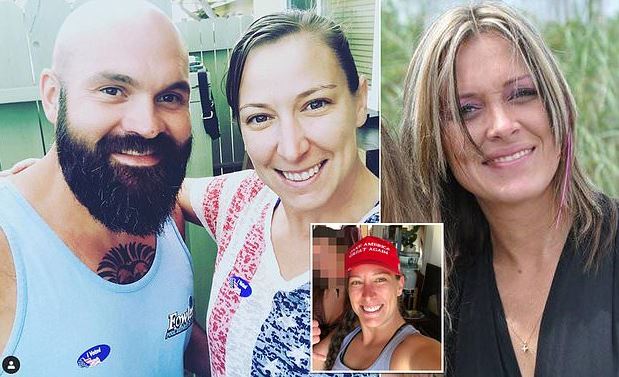 The woman shot dead after storming the Capitol on Wednesday also harassed, chased and rammed her husband’s ex with her SUV in 2016, court documents obtained by DailyMail.com claim.

Ashli Babbitt, 35, was accused of lying in wait for her then-boyfriend’s ex, chasing her down a Maryland highway in her SUV and deliberately rear-ending her three times in an apparent fit of jealousy.

The ex, Celeste Norris, wrote an affidavit supporting criminal charges over the alleged attack in 2016 – though Babbitt was later acquitted.

Norris, 39, also filed for a restraining order against Babbitt the day of the car crash in July 2016, and asked the court for a second one seven months later, claiming the late Air Force veteran had been filing false police reports against her, lying under oath in court, and harassing her with midnight phone calls. The restraining orders were upheld.

Babbitt, described by friends as a ‘boisterous firecracker’, was charged with reckless endangerment, malicious property damage and dangerous driving.

She was acquitted of the first charge and found not guilty of the others.

The 35-year-old, who served in the Air Force for 11 years, was shot by Capitol Police while she tried to climb through a window into the congressional chambers amid a mob that broke into the federal building Wednesday. 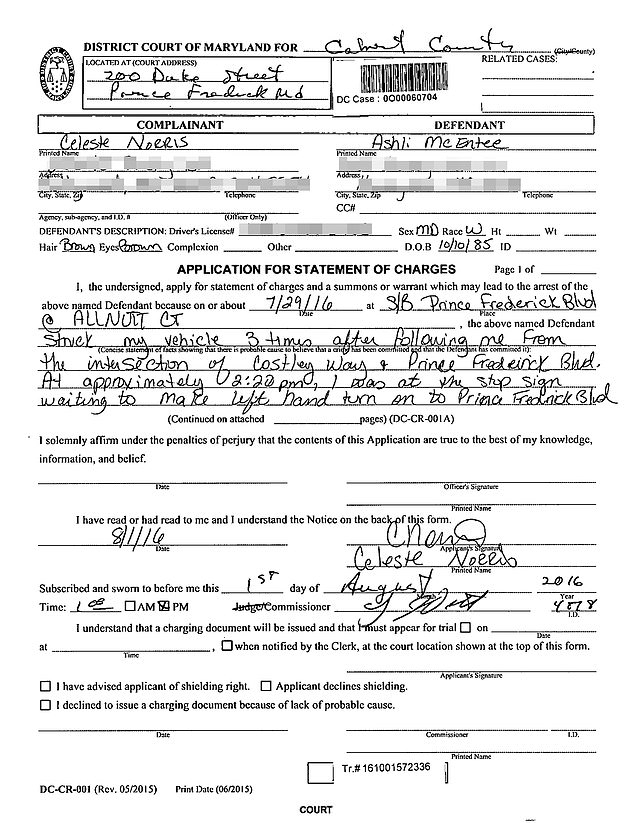 Norris’ July 2016 affidavit reveals Babbitt was dating her future husband and former marine Aaron Babbitt for over two years before her then-husband, Air Force Staff Sergeant Tim McEntee, filed for divorce from her