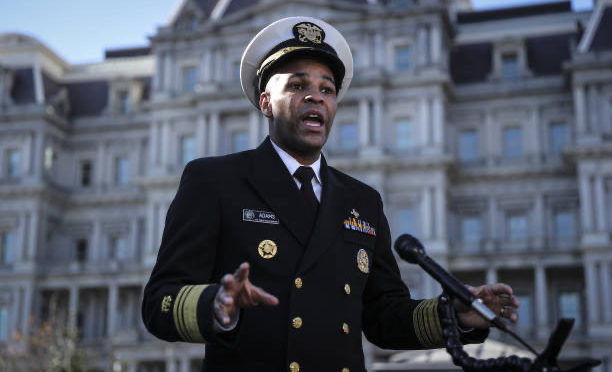 U.S. Surgeon General, Jerome Adams has resigned from his position at the request of President Joe Biden.

Adams, 46,  was nominated by former President Donald Trump and sworn into the job in September 2017.

Thank you for the opportunity to serve this great Nation, as this has been the honor of my life. Three years and five months ago, I was confirmed as just the 20th United States Surgeon General – and only the second ever African American male to serve in that role.

My tenure started with three category 5 hurricanes barreling down on our citizens. I immediately deployed to witness the devastation first hand, and to lead our Public Health Service Officers as we helped with the response. I saw the best of our Nation coming together in the worse of times, to help those who’d lost everything.

I then turned my attention to the opioid epidemic, encouraging more people to carry Naloxone by issuing the first Surgeon General’s advisory in over a decade. Working across government and with amazing advocacy organizations on the ground- many led by parents who had lost their own children to opioid overdose- we were able to increase Naloxone availability nationwide by over 400%, and save countless lives. This is perhaps my proudest achievement, as my family has been personally impacted my substance misuse, and I firmly believe stigma remains one of our biggest killers and barriers to health.

Being a parent of school-age children myself, I saw the need to issue subsequent advisories warning of the dangers of youth e-cigarette and youth marijuana use- a combination which merged into the deadly EVALI outbreak our Nation faced. Despite any opinions about adult use of these products, I hope Americans can agree that we must all work together to prevent youth initiation and use.

In 2019, I issued the first Surgeon Generals report in over 30 years on smoking cessation, highlighting the groups still most impacted by smoking, and the science behind what we know works to help them quit. We have made tremendous progress, but far too many- including those with mental health issues, our tribal citizens, and the LGBTQ community, haven’t shared equally in cessation successes.

And of course, there was COVID19. In the face of a once in a century pandemic, I sought to communicate the rapidly evolving science on this deadly adversary, and arm people with the knowledge and tools they needed to stay safe. I wasn’t always right- because no one was, and this virus continues to humble all of us- but I was always sincere in my efforts to speak to everyday Americans, and address the terrible health inequities this virus exposed.

My team also put out historic Surgeon General’s Calls to Action on Hypertension Control, Maternal Health, and Suicide Prevention. We did this because even in midst of a deadly pandemic, hundreds of thousands of people are killed by these other health risks every year. For example, more people died from uncontrolled high blood pressure in 2020 than from Covid-19. We mustn’t forget about all the other harms Americans face every day, or the many opportunities we have to improve health, and build more resilient communities. And we mustn’t forget that diseases and health risks rarely impact all communities equally. That’s why these Calls to Action specifically mention the groups disparately impacted, and talk about the need to study and address aggravating factors like bias.

Finally, I released a completely novel type of Surgeon Generals report- a report on Community Health and Economic Prosperity. It emphasizes the links between the health of our communities and the health of our economies. It is unique in that it makes the business case for why we all should care about and invest in the vital conditions that create opportunities and healthier communities.

During my tenure, I have visited with people from all across America. And despite all that you may read on social media or see on tv, I can assure you that from Alaska to Alabama, from Maine to Montana, and from California to the Carolinas, Americans mostly want the same thing. They want a fair shot at being their best and healthiest self, and to be able to support the health and well being of their families.

And speaking of families, I want to thank those of you who supported me and my family- my wife who is undergoing cancer treatment, my brother who is struggling to overcome addiction, my mother who suffered a stroke earlier this year, and my kids who sacrificed time with their dad so that he could serve this Nation. And thanks to those of you who have become part of my family- the United States Public Health Service Commissioned Corps, my dedicated support staff in the Office of the Surgeon General, the amazing colleagues and friends I’ve met across government, and the many people across this great Nation who constantly pray for my wife and kids, and ask about my dog Bella.

I hope in 2021 and beyond, we can focus more on what unites us, and rise above what divides us. Because Americans working together can overcome any obstacle or adversary. I stand at the ready to help in our mutual quest for recovery, resilience, and health, and thank you from the bottom of my heart, for the opportunity to serve.

Back in December, the Biden administration announced its nominee, Vivek Murthy for the role of the surgeon general. He previously served in the position under former President Barack Obama and he’s a close adviser to Biden. 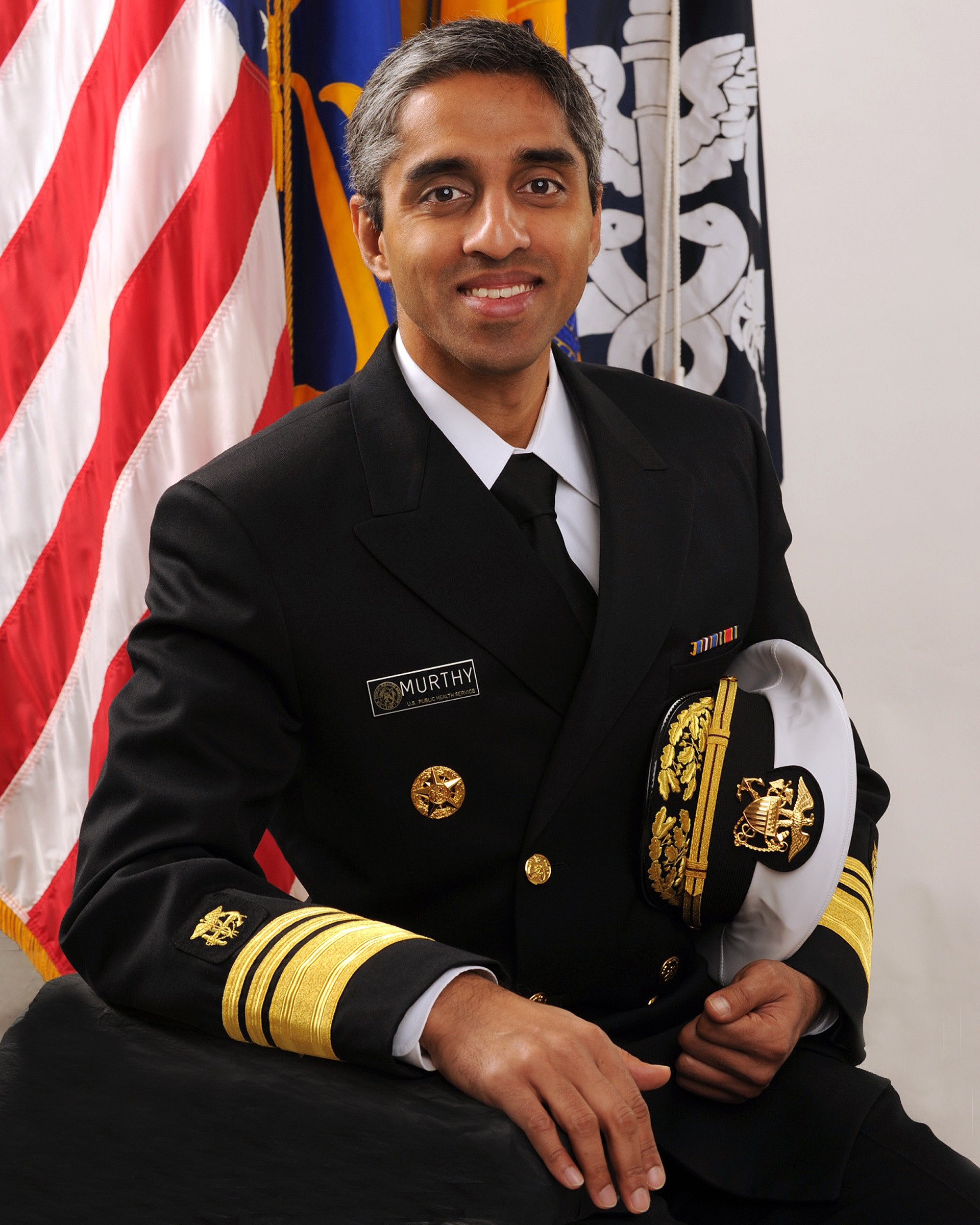 When his nomination was revealed, Murthy said in a statement: “In this moment of crisis, I’m grateful for the opportunity to help end this pandemic, be a voice for science, and support our nation on its path to rebuilding and healing.”

Murthy’s nomination will still need to be confirmed by the U.S. Senate before he can begin work.