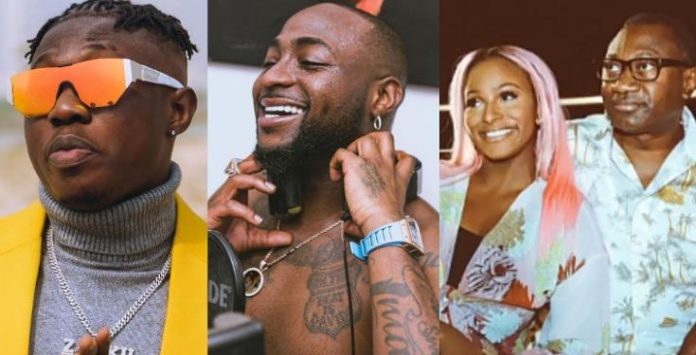 A video has surfaced showing Zlatan Ibile explaining how Femi Otedola and his friends donated billions without giving him anything.

Femi’s daughter, DJ Cuppy reportedly took Zlatan to a fundraising, and during the event, billions of Naira was donated by Femi Otedola and his billionaire friends.

However, Zlatan claimed nothing was given to him, and during a live video with Davido, Zlatan told Davido that they didn’t give him any money, and he might end up robbing them.

Reacting to this, Davido laughed and asked Zlatan to stand up and perform Gelato for them at the event.