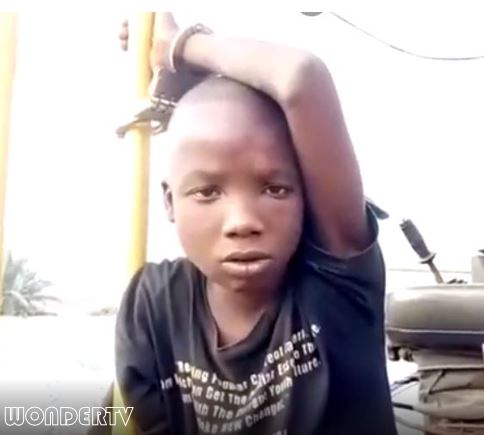 A 10 year old boy by name Monday Omoruye who resides at Ring Road in Edo state was recently arrested by security operatives while on robbery operation.

The boy said he was introduced into robbery by his brother and he has carried out four robbery operations so far. When asked where he got his weapons he said during the EndSARS protest, himself, his brother and some of their friends broke into Oba market police station and stole arms from the station. 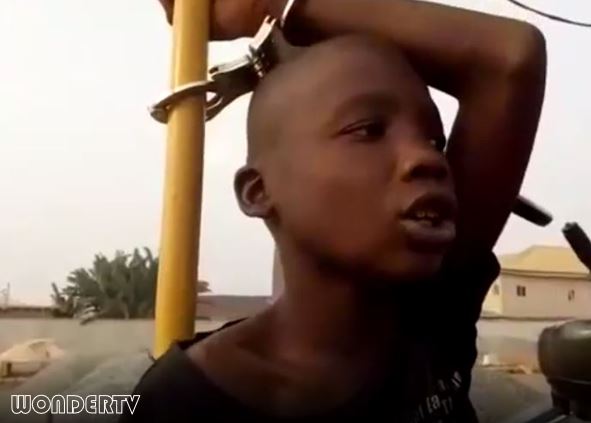 Further speaking, Monday Omoruye said his brother taught him how to shoot pistol and so far he has killed two people at the course of robbery.