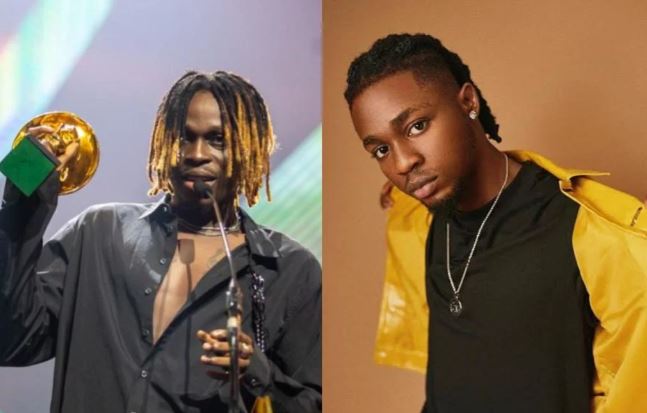 Nigerian singer, Omah Lay won the ‘Next Rated Award’ at the 14th edition of the Headies which held on Sunday night.

The award which is the most sought after category was keenly contested between Tems, Omah Lay, Oxlade and Bella Shmurda.

Wizkid also made a special appearance at the Headies while also winning the Viewers Choice Award and Artiste of the Year.

Rookie of the year: BadBoyTimz

Artiste of the year: Wizkid

Best Recording of the year – Brymo

Headies Revelation of the Year – Fireboy

Songwriter of the Year: Simi (Duduke)

Lyricist on the roll – ILLBliss (Country)

Producer of the Year: Pheelz