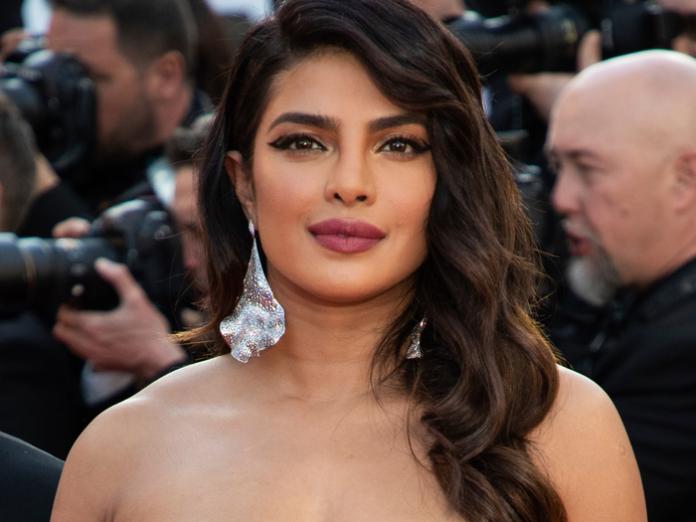 In her memoir Unfinished, Bollywood actress Priyanka Chopra was true to herself and revealed many interesting details about her life and her journey.

There is no denying that Priyanka Chopra is the ultimate powerhouse when it comes to her work in the Hindi film industry. She has an inspiring journey that started from a non-filmy background to being a rising star in Hollywood. Over the years, Priyanka has often talked about her struggles and how she made it big in life despite all odds.

Recently, Priyanka opened on her journey further in her memoir Unfinished. For a while, Priyanka had been tweeting and sharing posts about the book.

Twitter dug up photos of the former Miss World in her younger years from her very first photoshoot and the truth is, she didn’t look that much different aside from her obviously “different” nose that is the result of a botched polypectomy that happened in the early 2000s. 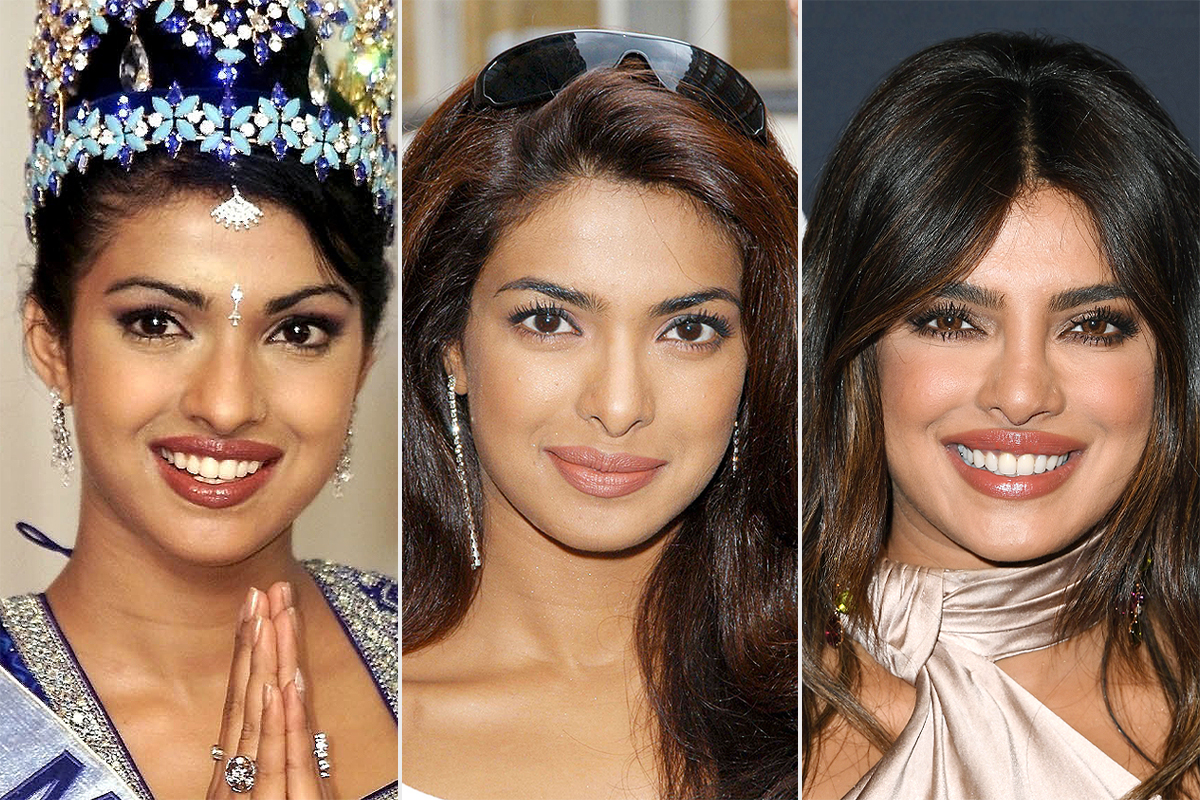 Although Priyanka originally agreed to the procedure to stop her ongoing colds, things quickly went wrong after her surgeon shaved the bridge of her nose, causing it to collapse and triggering a domino effect of life changes. After her face-related fiasco, the actress says she was dropped from two movies and left feeling “hopeless” and “devastated.”

Recently, we caught up with the reading and discovered a few fascinating revelations about the Desi Girl of Bollywood. Check out the secrets that were spilt in the book 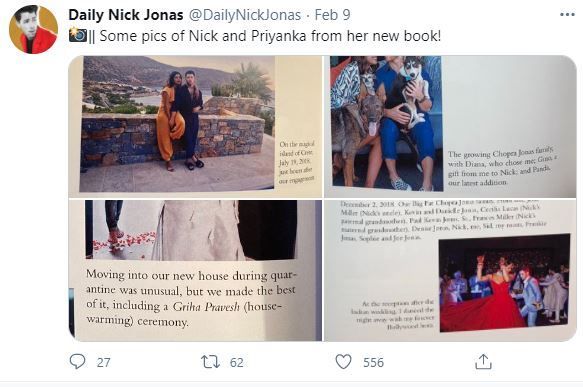 PeeCee is truly desi all way and that reflects in the photos of griha pravesh ceremony that she shared in her book. To those unaware, this ceremony is conducted when you move to a new home and it is considered to bring in good luck to the family. She shared the photos of the same and wrote, “Moving into our new house during quarantine was unusual, but we made the best of it, including a Griha Pravesh (house-warming) ceremony”

On being named ‘Plastic Chopra’

Priyanka was quite candid about the accusation of cosmetic surgeries and how it led to the name ‘Plastic Chopra’. She shared that she had to get treatment for a polyp in her nasal cavity. She wrote, “While shaving off the polyp, the doctor accidentally also shaved the bride of my nose and the bridge collapsed. When it was time to remove the bandages and the condition of my nose was revealed. Mom and I were horrified. My original nose was gone. My face looked completely different. I wasn’t me anymore”

Priyanka mentioned how the name Plastic Chopra haunted her.

Priyanka, who comes from a non-filmy background got real with her readers about making space for herself in the industry that has been accused of being the breeding ground of nepotism. She wrote, “Over and over again I had to prove to the studios, which were mostly family-owned, that I deserved a seat at their table – which was not easy when I overheard comments at parties like, ‘I got her cast in this movie and I can take it away from her as well.”

On getting asked to get a b**b job done 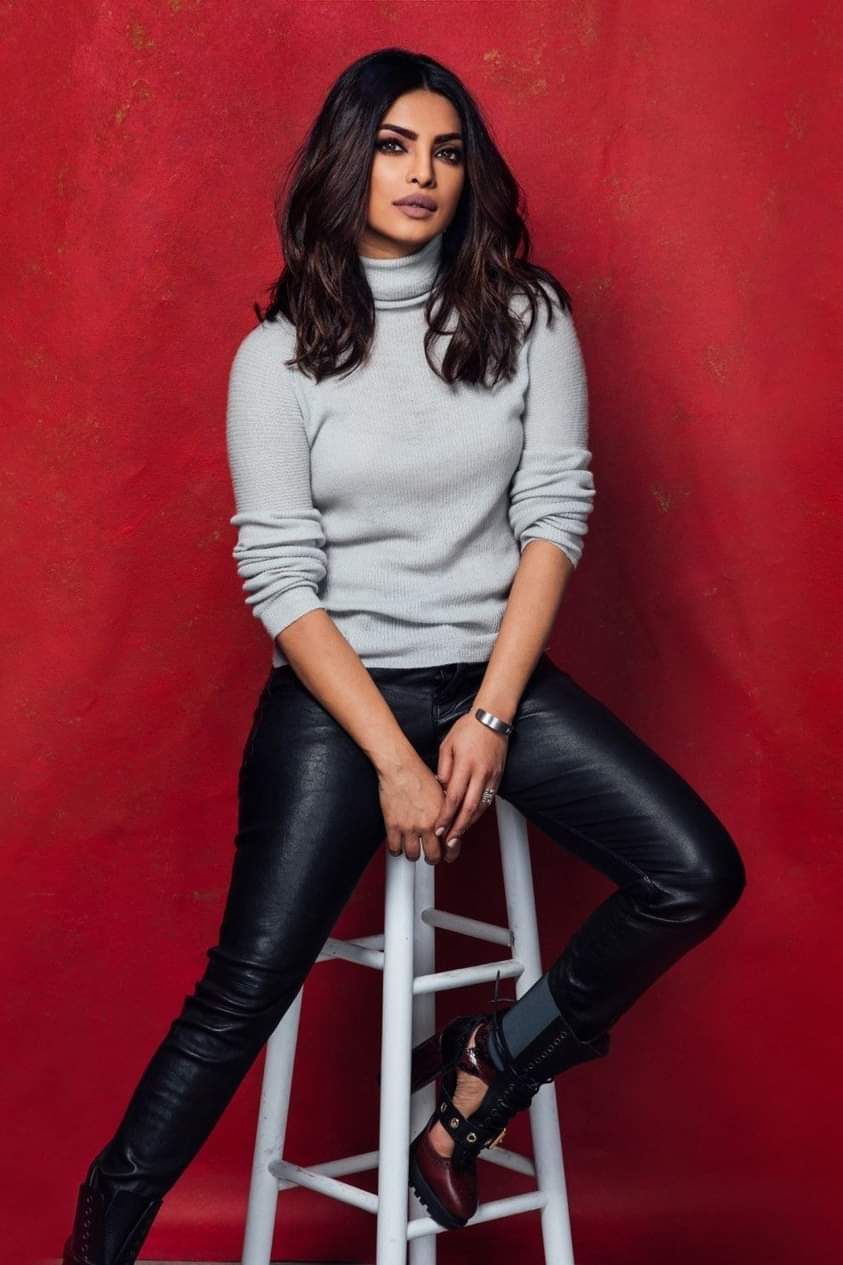 PeeCee shared that a director once told her to get a ‘boob job’ and other surgeries to fix her ‘proportions’. She penned, “After a few minutes of small talk, the director/producer told me to stand up and twirl for him. I did. He stared at me long and hard, assessing me, and then suggested that I get a boob job, fix my jaw, and add a little more cushioning to my butt.”

On sexism in the film industry

She talked about how she had to bear the blatant sexism while shooting for a song. Priyanka wrote, “The director suggested I speak to my stylist, so I called him and briefly explained the situation, then passed the phone to the director. Standing right in front of me, the director said: “Jo bhi ho, chaddiyan dikhni chahiyen. Nahi toh log picture kyon dekhne aayenge?” which translates as “whatever happens, panties should be seen. Otherwise, why would people come to watch the movie?”

Why Do Guys Point At Themselves In Pictures?