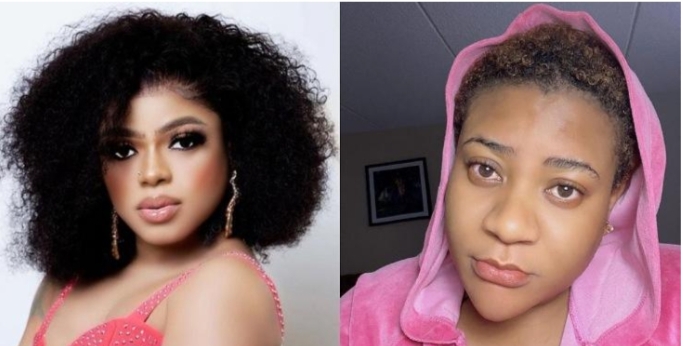 Crossdresser, Bobrisky and Nollywood Actress, Nkechi Blessing are currently attacking each other on Instagram.

The drama began after Nkechi dismissed a follower who tattoed her name on her arm.

Bobrisky then threw shade at those celebrities who were rude to their fans who got tattoo of them on their body.

Following the apology, a follower mentioned to Nkechi Blessing that she apologized for fear of Bobrisky.

And Nkechi responded: “Abi you and Bobrisky dey mad? You want make I swear for you?”
Bobrisky hit back, calling Nkechi names. And Nkechi fired back at the crossdresser immediately. 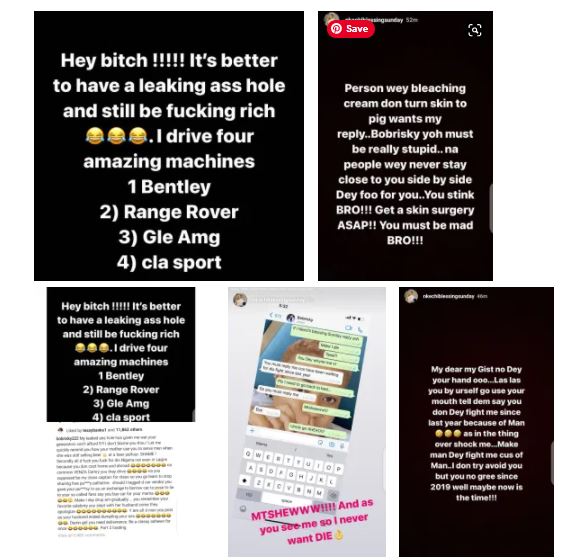 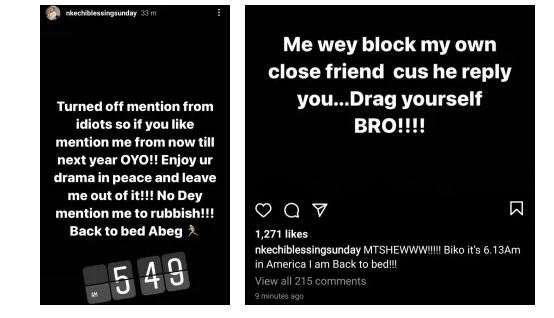