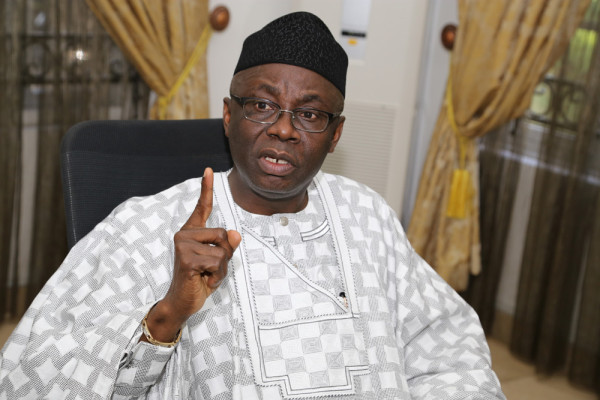 Pastor Tunde Bakare, the Serving Overseer of the Citadel Global Community Church in Lagos, has told Vice-President Prof Yemi Osinbajo to leave, if he is not allowed to carry out his function.

Bakare, speaking to media mogul Dele Momodu in an Instagram Live chat on Tuesday, however insisted he did not believe reports that Osinbajo was being handicapped in office.

He called on the vice-president to come out publicly and clear the air.

Bakare said, “I don’t know if that statement is true that he is not allowed to perform. The constitution is very clear on the vice-president’s role, especially as it relates to steering the economy of the nation.

“Before I accepted General Muhammadu Buhari’s offer, I said what would be my role because I will not be a spare tyre. He assured me that my role will be as prescribed by the constitution and as many other things as you can be given to do.

“I want to hear it from the vice-president himself that he’s not allowed to perform. I don’t like rumour and I don’t like gossip.”

Bakare was Buhari’s running mate for the 2011 Nigerian presidential election.