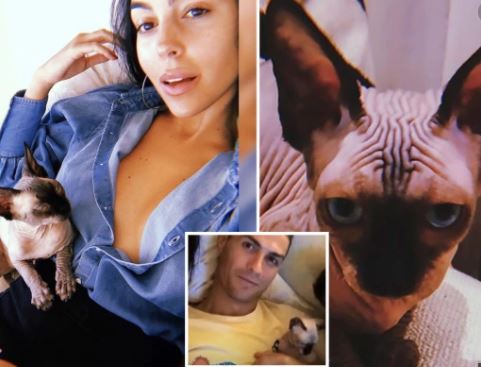 Soccer star Cristiano Ronaldo’s Sphynx cat escaped from their home in Italy and was struck by a car – but is on the road to recovery after getting rushed by private jet to a top animal clinic.

The wrinkly Pepe, who was run over in Turin, was flown to Madrid to continue his recovery after being treated in a local vet’s intensive care unit, The Sun reported.

“Pepe has given us a terrible scare. It escaped from home and was run over,” Ronaldo’s stunning gal pal Georgina Rodriguez told the InStyle España.

“It was close to death and after a month and a half in intensive care at the vet’s, we’ve decided my sister Ivana should look after it. Pepe’s now in Spain recovering,” she said.

The model, who has a 3-year-old daughter with Ronaldo called Alana Martina, is the day-to-day mom of the Juventus club forward’s other three kids.

Ronaldo, 36, a Portuguese soccer phenom who formerly played for Manchester United and Real Madrid, named the cat after a Brazilian teammate.