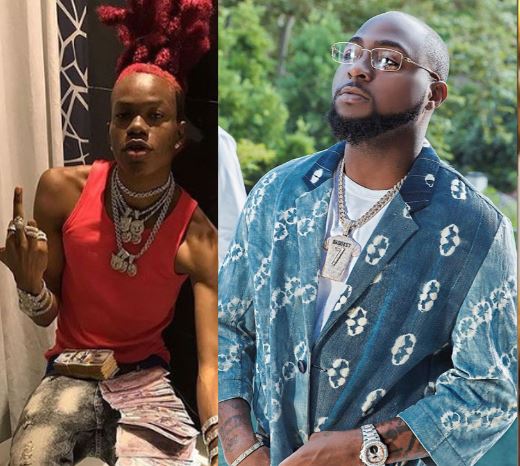 Award-winning musical star, Davido, in a video has replied an upcoming musical artiste, NBG Geeboy who accused him of stealing his slang.In a previous video, NBA Geeboy came out to accuse Davido of stealing his swag and his slang. He further asked Davido for his location, requesting that they both fight it out, just as the David and Goliath fight.

Davido, in a recent video has come out to reply Geeboy, while asserting in the video that he has already killed Goliath, going by his name, David. Davido said this amid laughter and cheers of colleagues who surrounded him.