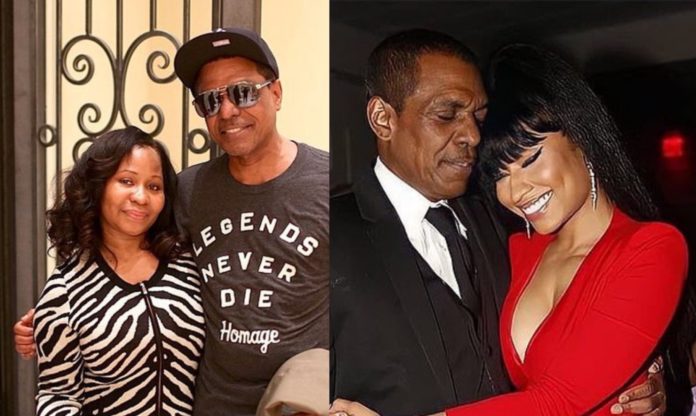 A 70-year-old Long Island man, Charles Polevich, has been arrested on Wednesday for the hit-and-run crash that killed Nicki Minaj’s dad, Robert Maraj

The driver, Polevich, hid his car under a tarp after asking the dying victim, Nicki Minaj’s father if he was okay, officials said.

Polevich surrendered to police early Wednesday and was charged with leaving the scene of an accident and tampering with evidence for the February 12 death of Robert Maraj.

Maraj, 64, was “walking in the roadway” on Roslyn Road near his Mineola home when Polevich allegedly struck him near Raff Ave. about 6:15 p.m. Feb. 12, Nassau County Police said.

Polevich got out of his white 1992 Volvo, stood over Maraj, asked him if “he was okay” then jumped back into his vehicle and drove off, leaving the hip-hop star’s father dying in the street, court papers charge.

When he reached his home, not far from the crash scene, Polevich hid his car in his garage and covered the vehicle with a tarp, officials said.

Maraj was hospitalized and died later that day.

Nassau County police said Maraj was either walking home or to a local store. He was walking in the street because sidewalks were covered in snow, investigators believe.

Polevich was driving north on Roslyn when he struck Maraj, who was walking in the same direction, according to prosecutors.

“He was absolutely aware of what happened,” Nassau County Detective Lt. Stephen Fitzpatrick said at a press conference Wednesday. “He got out of the car and looked at the deceased. He made the conscious decision to leave.”

Polevich drove home avoiding intersections where he knew there would be cameras, court papers state.

“He did things to alter us from being able to discover the car,” Fitzpatrick said.

Cops however were able to piece together security footage that showed the path of Polevich’s Volvo.

“We were able to track that vehicle prior to accident as well as after the accident and tracked it right to his house,” Fitzpatrick said.

Polevich was ordered held on $250,000 bond during a brief arraignment in Nassau County Criminal Court Wednesday. He is due back in court Friday.