Salihu Tanko-Yakasai, the Special Adviser on Media to Kano state governor, Abdullahi Ganduje, has been reportedly arrested by the Department of State Services’ operatives.

This comes hours after he called on the President Buhari-led government to either deal with bandits in the country or resign.

While reacting to the abduction of 317 students of Government Girls Secondary School, Jangebe in Talata Mafara Local Government Area of Zamfara State on Friday, February 28, Salihu had tweeted;

“Clearly, we as APC government, at all levels, have failed Nigerians in the number 1 duty we were elected to do which is to secure lives & properties. Not a single day goes by without some insecurity in this land. This is a shame! Deal with terrorists decisively or resign.”

However, Abubakar Sadiq who is the handler of the Twitter handle and official website of the Kano state government, in a tweet posted on Saturday morning, February 27, disclosed that Salihu is with the DSS.

The DSS is yet to confirm or deny his arrest.

Activist, Aisha Yesufu and others have taken to Twitter to demand his release. See posts below… 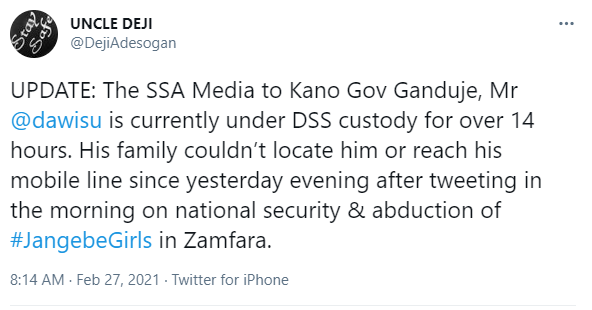 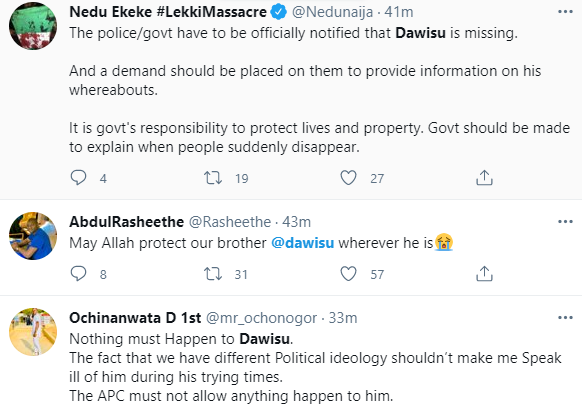