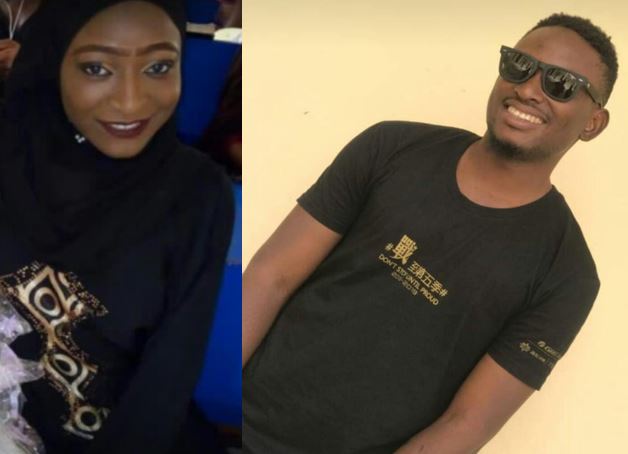 Rafi’atu, the girlfriend of final year student of the Federal University, Dutse, Jigawa State, Bashir Abdulalhi, has denied cheating on him, saying it was the deceased, who actually cheated on her.

We reported that the Mathematics student, an indigene of Ungwa Uku Tarauni Local Government Area of Kano State, committed suicide by drinking poisonous subsance suspected to be Sniper because his girlfriend allegedly cheated on him with another man.

The incident occurred at his Yalwawa residence, located on the outskirts of the state capital, around 5pm on Monday, February 15.

His friends quickly rushed him to the Rasheed Shekoni Teaching Hospital in the state capital, where he was confirmed dead by doctors on arrival.

Spokesman for the Jigawa State Police Command, DSP Zubairu Ismai, who confirmed the incident, said that the university had commenced investigation to unravel the circumstances that led to it. 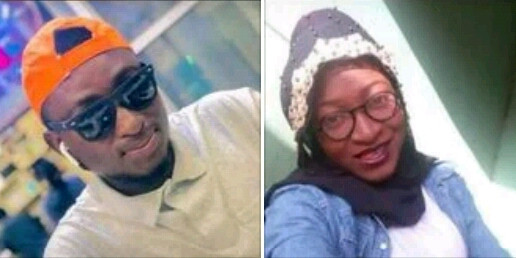 Meanwhile, new reports have stated that the deceased took the drastic action because Rafi’atu ended their relationship on Valentine’s Day after she found out that he was cheating on her with another girl.

According to a local journalist, Ahmad Muktar Saleh, who spoke to Rafi’atu and other witnesses, the deceased spent Valentine’s Day with his girlfriend and her friends.

Rafi’atu later found out that Abdul had allegedly been seeing another girl and when she confronted him with an evidence he asked for her forgiveness. She refused to forgive him and ended the relationship there and then.

Same night he sent her a message that if she did not come back to him he will drink Sniper. She deleted the message because she didn’t take it serious.

Read Rafiatu’s version of what had happened below…

“The real fact about Abdul 400 level student of mathematics, federal university Dutse who commited suicide. This information comes from the girl and her best friend and room mate that was present when everything happened and up to now. The best friend narrated that they were together yesterday with both Rafi’atu and Abdul,”

They went to yahuza suya and ate meat and have some drinks on Sunday night. They went further to sahad stores and made some shoppings and return to their home, they separated peacefully on that same day.

What triggered the untimely incident was: he cheated on her; he went to another girl and said he love her after the promise they had earlier and the information came to Rafi’atu. Rafi’atu and her best friend confronted him and asked him why, he was trying to deny, they showed him their evidence.

He then started asking for forgiveness, Rafi’atu replied that she was no longer his girl friend because she can not be sharing him with another lady. She told him that their love relationship is over. They went back home. At same night he sent her a message that if she did not come back to him; he will drink sniper (poison). She deleted the message because she didn’t take it serious.

Consequently, unknown to them he drank sniper (poison) and died at the hospital. They started watching peoples status and they were shocked. They then quickly rushed to the hospital, one of their friends told them not to enter because his family are their and they accepted destiny and go along with the corpse for burial. They rushed to police station and report, the case is now with the police.

She narrated that all information that went viral was designed by someone who hates her. She didn’t spend Valentine with any one and she did not even go to Kano. She still said there are CCTV cameras in sahad that monitor their shopping in that same day. All information going round about cheating him and went to Kano for Valentine is misleading and fake which may lead to panic. They are in Dutse and up to now, they are just waiting for today to answer the call of student’s affairs. I spoke to them on phone and have detailed information about it.

He made a very big mistake, taboo, and abomination which is wrong Islamically and constitutionally wrong. She did not force him to drink sniper neither know when he drank. Justice shall reign on this innocent girl of level 200 (Rafi’atu).

Allah said, no one will be punish for the crime he did not committed.

May Almighty Allah protect us and the entire Muslim ummah from this examination. May his soul rest in peace.

Man Who Set Self On Fire Because The Hardship Was Too...