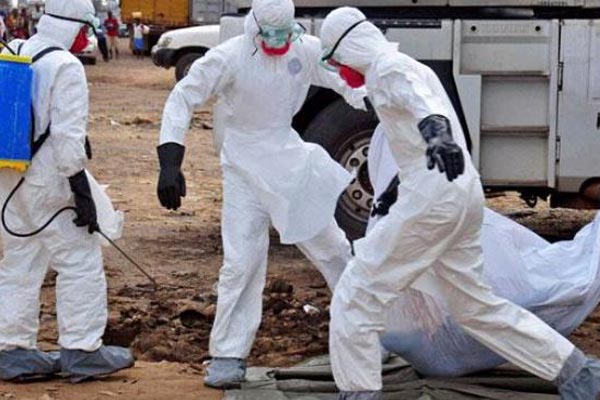 The head of Guinea’s health agency said Sunday that the country was in the midst of an Ebola “epidemic situation” with seven cases confirmed in the West African nation, including three deaths.

“Very early this morning, the Conakry laboratory confirmed the presence of the Ebola virus,” Sakoba Keita said after an emergency meeting in the capital.

Health Minister Remy Lamah had earlier spoken of four deaths. It was not immediately clear why the toll had been reduced.

The cases marked the first known resurgence of the virus in West Africa since a 2013-2016 epidemic that began in Guinea and left more than 11,300 dead across the region.

This file photo taken on June 28, 2014 shows a member of Doctors Without Borders (MSF) putting on protective gear at the isolation ward of the Donka Hospital in Conakry, where people infected with the Ebola virus are being treated. CELLOU BINANI / AFP

Keita, head of the National Agency for Health Security, said one person had died in late January in Gouecke, near the Liberian border.

The funeral took place in Gouecke on February 1 “and some people who took part in this funeral began to have symptoms of diarrhoea, vomiting, bleeding and fever a few days later,” he said.

The first samples tested by a laboratory set up by the European Union in Gueckedou, located in the same region, revealed the presence of the Ebola virus in some of them on Friday, said Keita.

He added that with a total of seven cases and three deaths, Guinea was now in an “Ebola epidemic situation.”