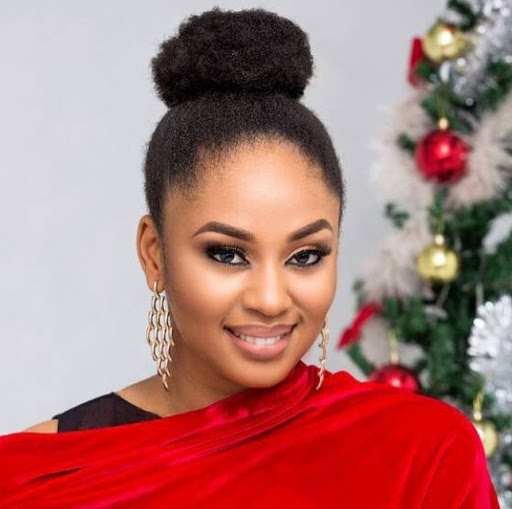 Former beauty queen and actress, Munachi Abii, has described herself as a “simple person with a lot of self respect.”

The actress, who starred in the award-winning movie, Living in Bondage: Breaking Free, stated this on her Instagram story when a content creator shared her photo and said that Muna is one of Nigeria’s most humble celebs.

Muna thanked her for the compliment, however, she said she is not humble or nice and does not want to be.

“I am not humble or nice, TBH. and I don’t want to be. Just a simple empath with a lot more self respect, but thanks dear.” she wrote. 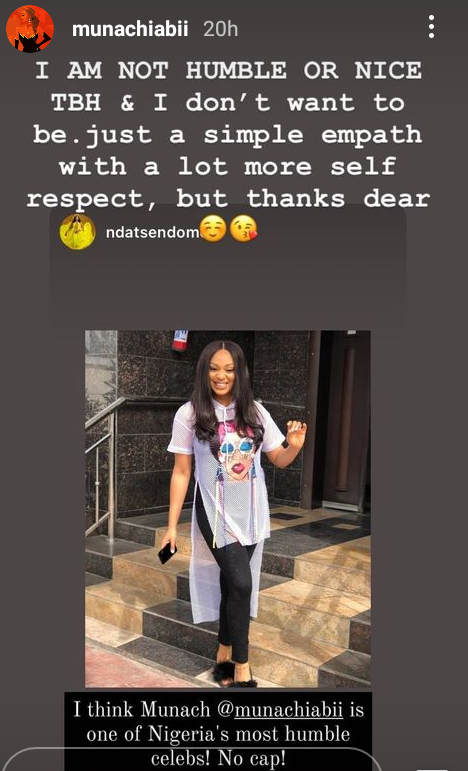 Pictures From Ini Edo’s Husband’s Surprise Party For Her