A Los Angeles man, Len Martin ended up in the emergency room after doing the ‘Gorilla Glue Challenge,’ inspired by the viral story of a Louisiana woman who sprayed permanent adhesive all over her hair and required the assistance of a surgeon to remove it. 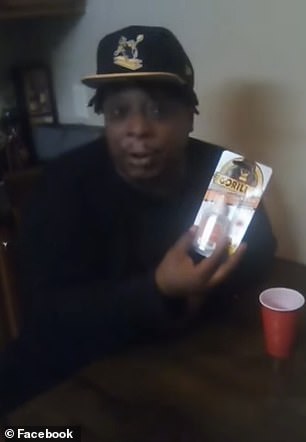 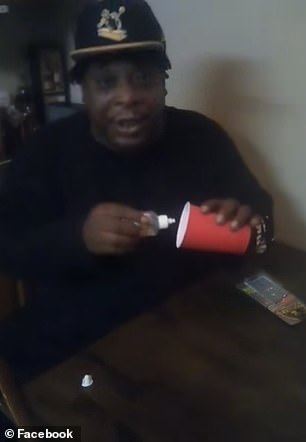 Len Martin, who is also originally from Louisiana, was convinced that Tessica Brown was lying about the Gorilla Glue incident, and her hair was not — as she claimed — immovably and frighteningly stuck to her head.

To prove his hunch, Martin bought some Gorilla Glue of his own, using it to stick a red plastic cup to his face — only to realized he’d made a horrible mistake and couldn’t get it off.

Brown, 40, earned international attention this month when she ran out of Göt2b Glued Spray hairspray and substituted it with Gorilla Glue, a highly-adhesive glue that is not meant to be used on people.

Lady Who Lures Rich Men With Sex Before Robbing Them, Arrested....