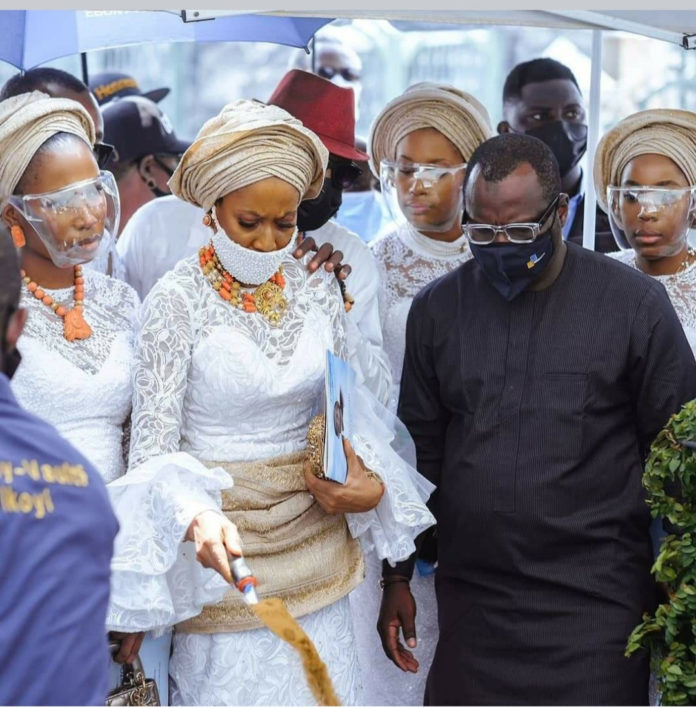 Helen Prest Ajayi has spoken for the first time after the commotion that played out at her husband, Dr Oluwatosin Ajayi’s funeral.

Unfortunately, when it was time to pour sand on his grave, a disagreement broke out as an officiating minister said the children of Dr Ajayi’s first wife, Oluwayemisi Ajayi would pour sand on the coffin after their mother and before his widow Helen Prest Ajayi.

This led to a misunderstanding as it was argued that Helen Prest Ajayi should be the next to pour sand on the body after the deceased’s first wife.

According to reports, court rulings had decreed that both wives should be given equal rights throughout the burial ceremony.

All was going well at the funeral until the pastor of Shepherdhill baptist Church, Israel Kristilere, said that after the first wife has finished pouring dust, her children would go next.

This caused a commotion between both parties at the graveside and ended with the first wife’s children forcefully dragging the shovel from Helen Prest-Ajayi.

Reacting, Helen Prest-Ajayi narrated on Feb 17, how she was accused by her husband’s older children and their mother of murdering her late husband.

She added that she was dragged to Panti police station and then dragged to court.

She said she’s thankful to God for delivering her from the false accusations, adding that this is the last time she will speak on the matter. 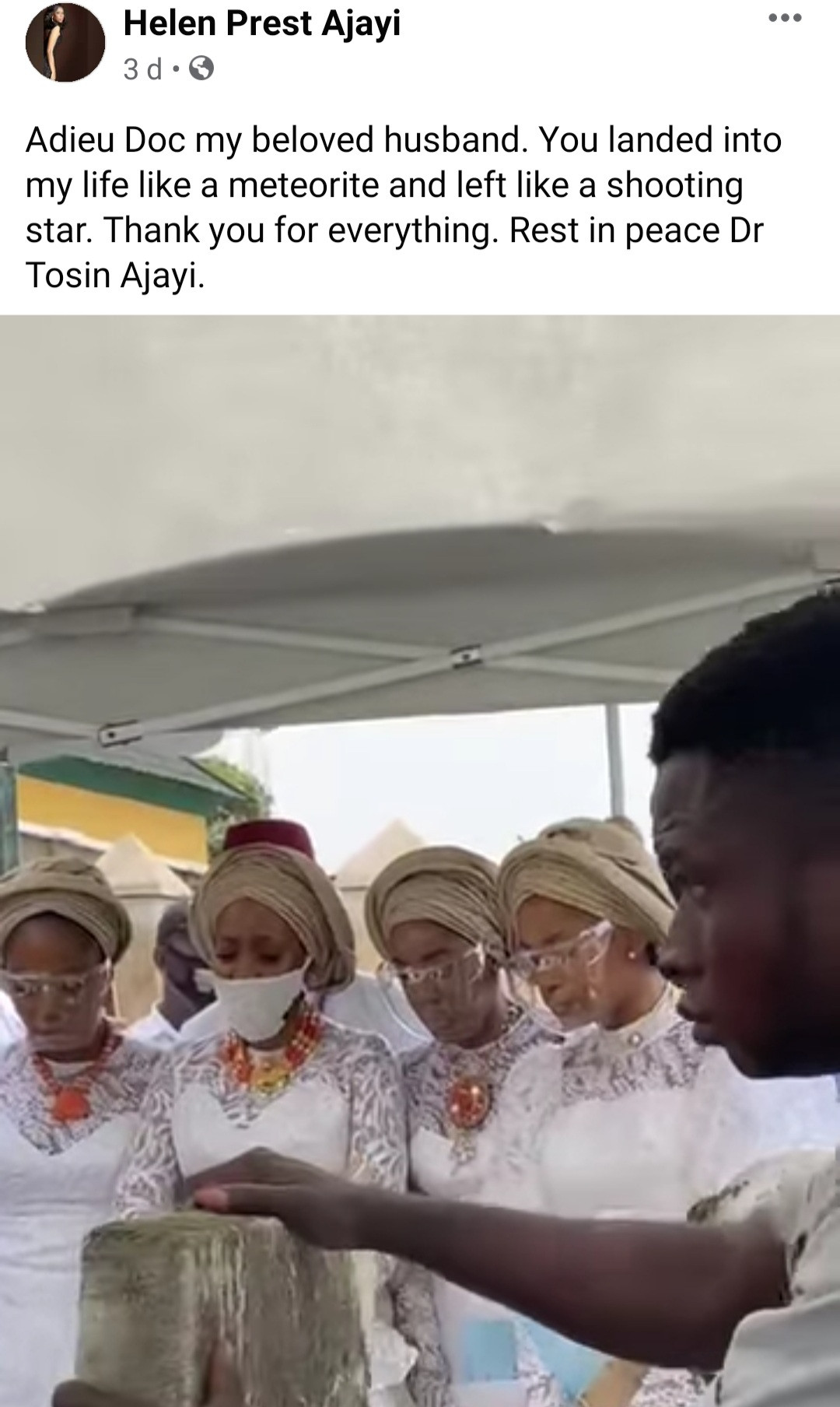 This is the first day of Lent a time for spiritual healing and cleansing. This will be my last word on this matter.

It was never my wish to talk about the passing of my late husband Dr Tosin Ajayi on social media, despite the fact that during this 10 month period, from his death on April 26th 2020, I was accused of murdering him by his adult children and their mother, after spending 42 days in St Nicholas Hospital Lagos, by his bedside and dragged to Panti police station, then to Coroners court and then to High court.

I am thankful that God delivered me from all these false accusations and gave me victory to bury my late husband in the manner he deserved.

I want to express my gratitude to those men and women of God praying with me during these trying moments. I am also grateful for the unflinching support of my family and friends all over the world, who stood by me, even the “Aprokos” propagating me to stardom.

Throughout this 10 month period my sole focus and objective was to ensure that I gave my late husband a befitting burial in accordance with his status as an Icon in the healthcare field in Nigeria, which I am happy I achieved in his honour. Love is at the heart of everything in life. For God is love and Love is God.

Nigerians Will Soon See The ‘Change’ I Promised– Buhari