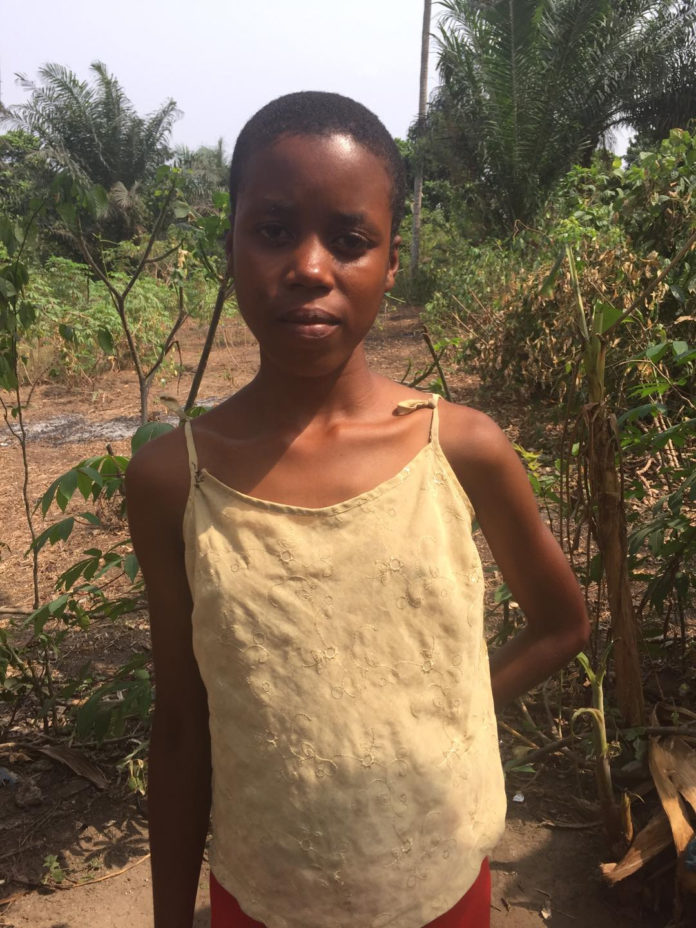 A 13-year-old girl rescued by Child’s Right and Rehabilitation Network (CRARN) in Akwa Ibom state has narrated her ordeal.

Faith, from Ini Local Government Area of the state, told the NGO that she had to take refuge on the streets, abandoned buildings, bush due to the discrimination and abuses she faced in her aunt’s home.

According to the NGO, Faith bears her grandfather’s name because she doesn’t know her parents and stayed with her aunt in Nsit Ubium Local government Area.

“At home, she faces myriads of discrimination and abuses which unfortunately compelled her to frequently sleep in abandoned buildings and sometimes in the bush until yesterday when a Good Samaritan led her to the CRARN Children Centre, Eket where she currently takes refuge and goes to school,” the NGO said in a statement on Sunday.

Faith told a CRARN administrative personnel that she wants to be a doctor or banker.

“I am planning to become a doctor or a banker by the Grace of God that’s why I study very hard in school.” 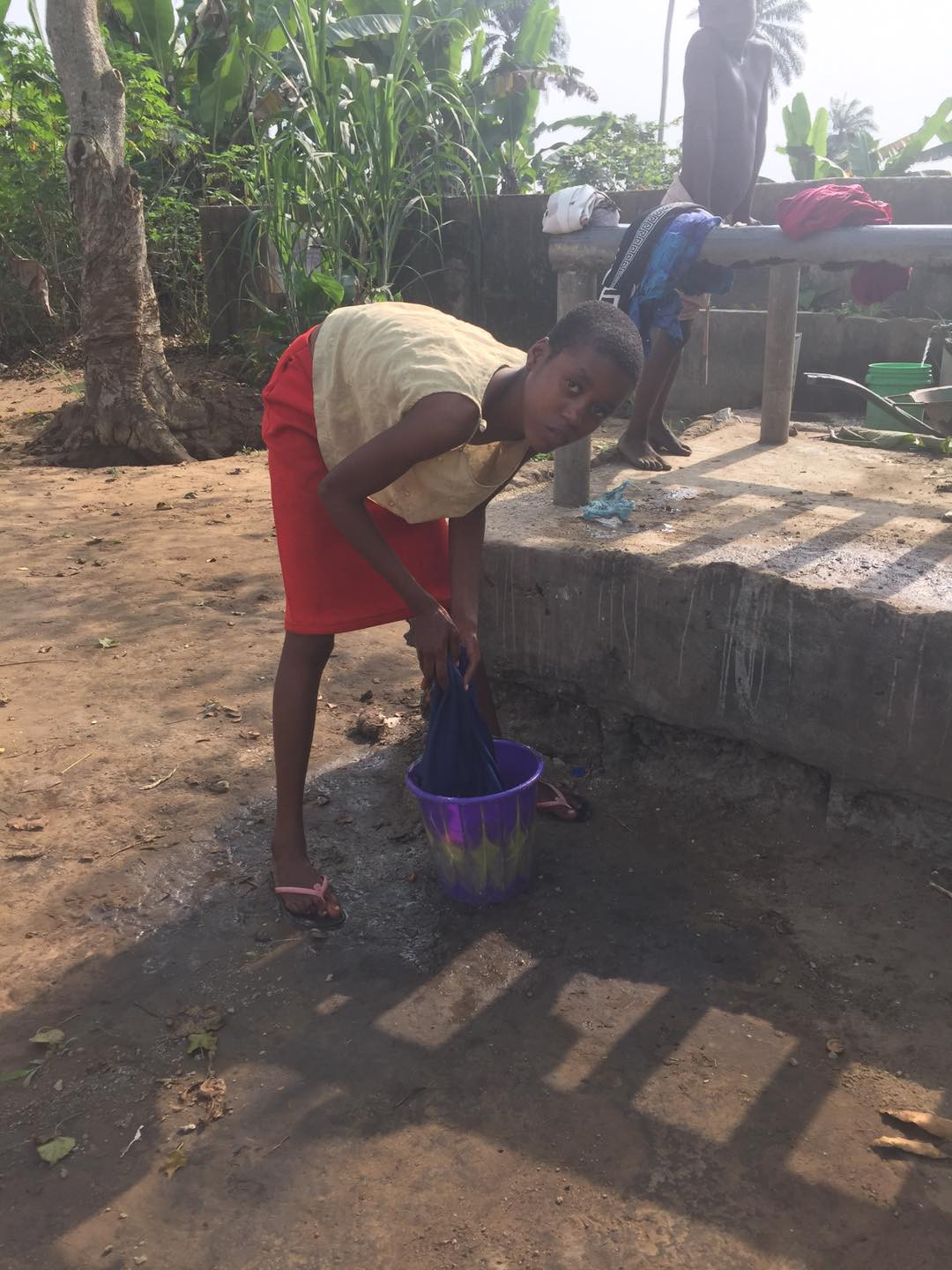 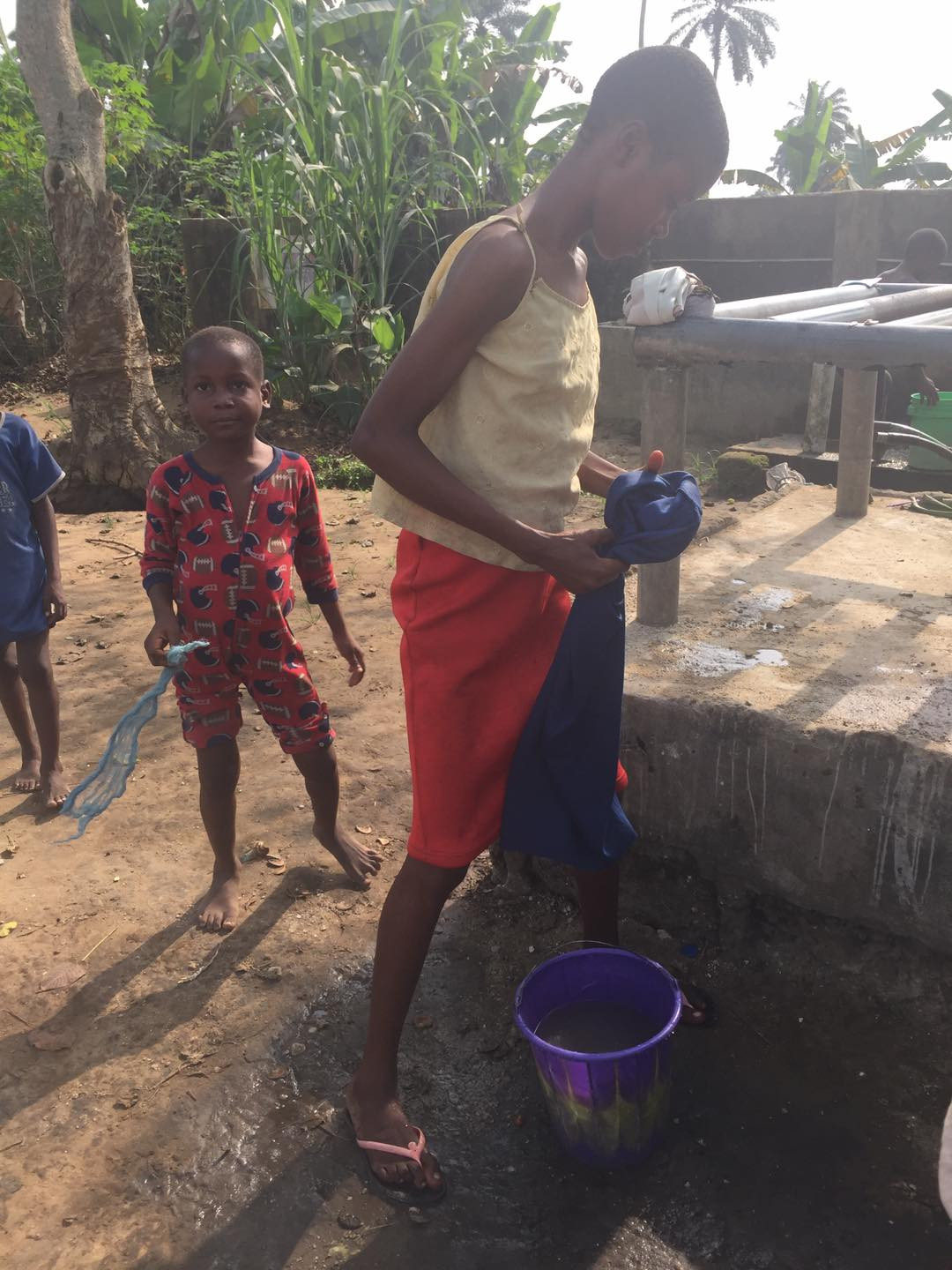 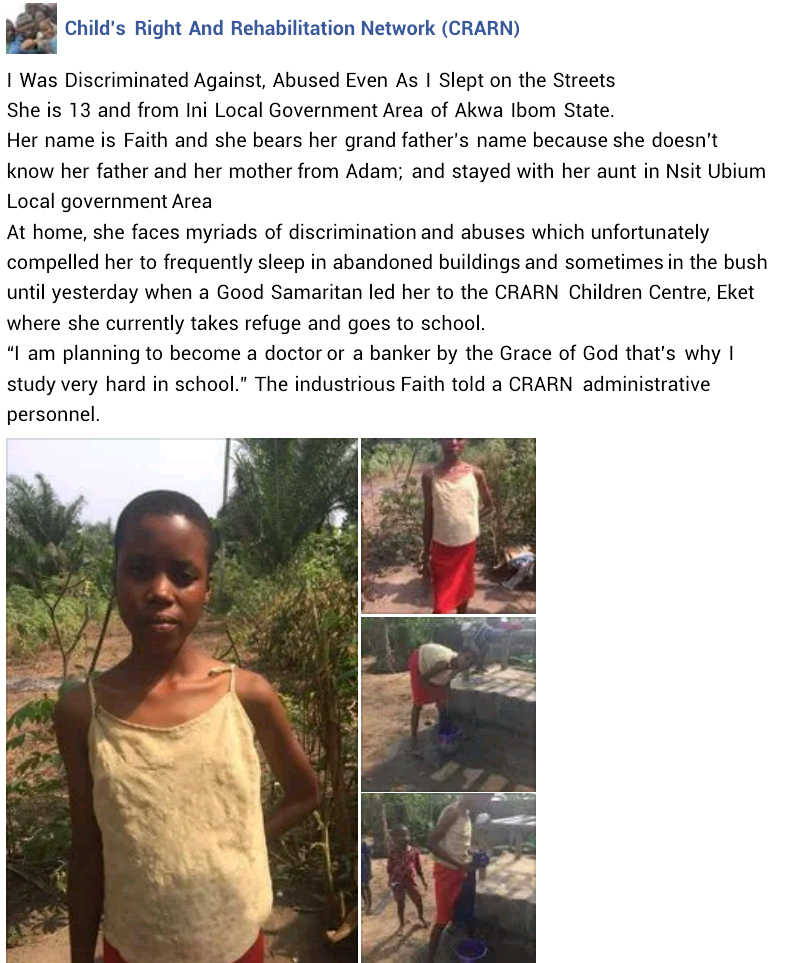 Gabrielle Union & Dwyane Wade In Matching White As They Say...