Bureau de change operator and Internet big boy, Mompha has reacted to the fresh N157million fraud allegation leveled against him.

Reports making the rounds alleged that the Economic and Financial Crimes Commission, EFCC, named the Instagram big boy in its amended N157.1million fraud charge filed against the CEO of 606 Autos LTD, Sarumi Babafemi.

Since November 1, 2019, Babafemi has been on trial a five-count charge before Justice Chuka Obiozor of the FHC for allegedly laundering N207.1million.

However, things took a new turn on Monday, February 1, when the EFCC brought an amended nine-count charge of January 22, 2021 against Babafemi, Mompha and two others, before Justice Chukwujeku Aneke. He was accused by the EFCC of being an agent of fraud suspects named by the United State’s Federal Investigation Bureau (FBI), but he dismissed the claim.

Babafemi and his firms; 606 Autos Ltd, 606 Music Ltd and Splash Off Entertainment Ltd were also accused of concealing and disguising the origins of the funds he allegedly laundered for Mompha and others.

Mompha has come out to address the allegations. The bureau de change operator refuted the claims, tagging it as “lies.” 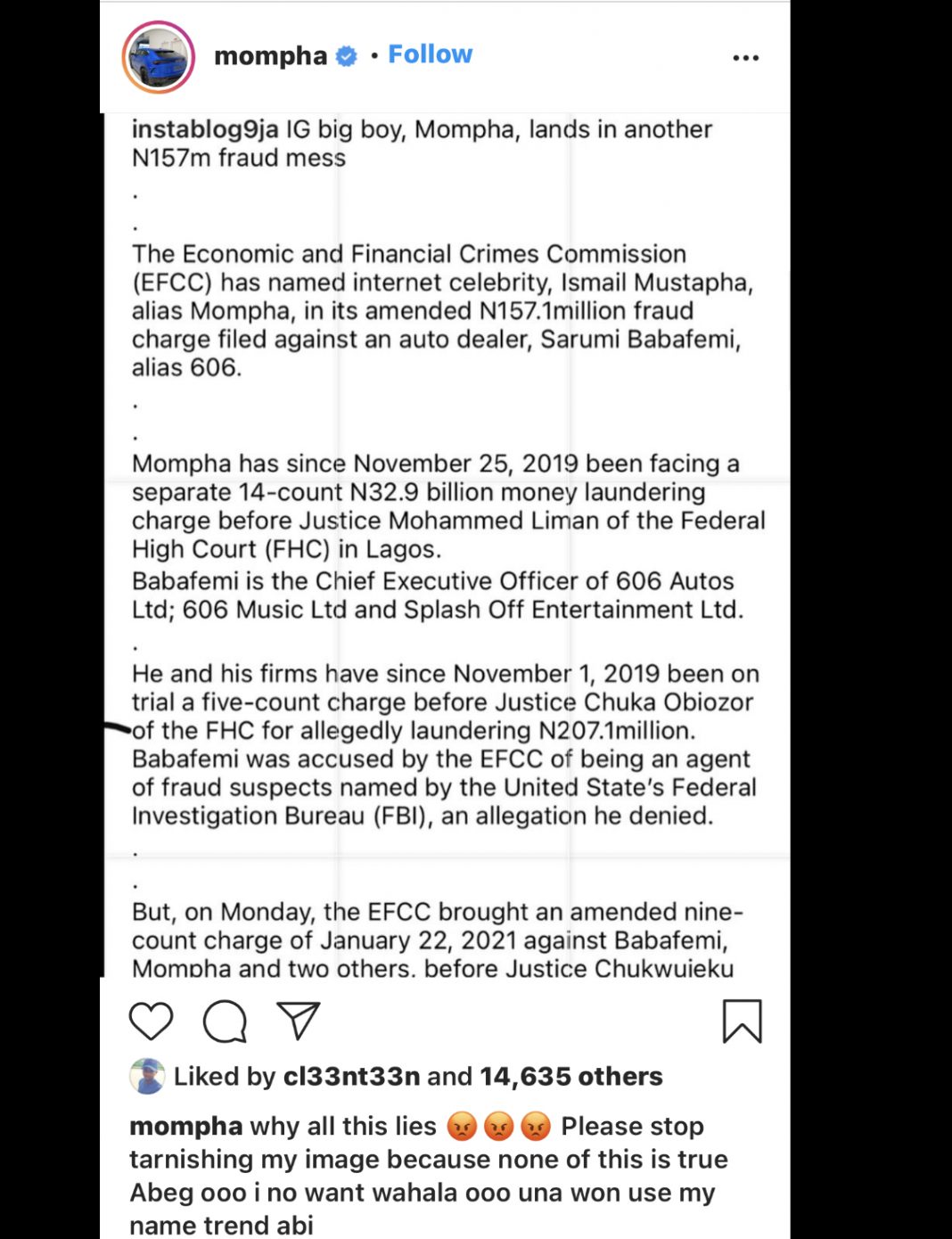