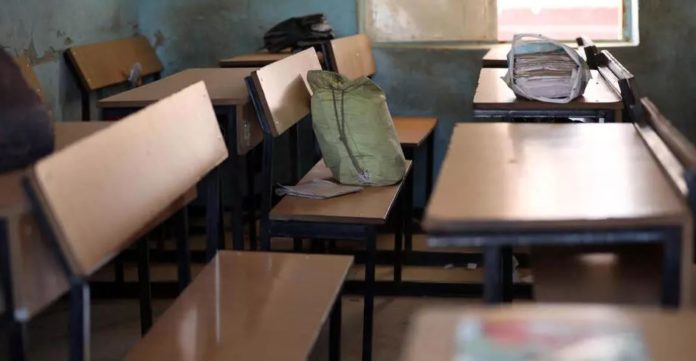 Niger State Governor, Alhaji Abubakar Sani Bello has accused the Federal Government of abandoning them in negotiation to secure the release of victims abducted at Government Science College, Kagara.

Bello said this when Chief Whip of the Senate, Senator Orji Uzor Kalu visited him at the Government House in Minna on Thursday February 25.

The governor who said the state has been left to handle the rescue on its own, said they were left to shoulder the financial responsibility which came off the abduction. He however admitted that the Federal Government sent a delegation to the state and also deployed 300 mobile policemen to the state.

The Niger state Governor however vowed to ensure that the kidnap victims are freed. Bello said;

“So where is the support? At the moment we have not seen any Federal support here since this incident occurred. Yes we had a delegation that came to commensurate with, but we are left to ourselves.

“We will use whatever means and resources available to make sure the children return home safely. We don’t have exact day and when these children will be released but I am sure that it will happen very soon.”

Chinese Economy Up And Running After Giving Coronavirus To The World