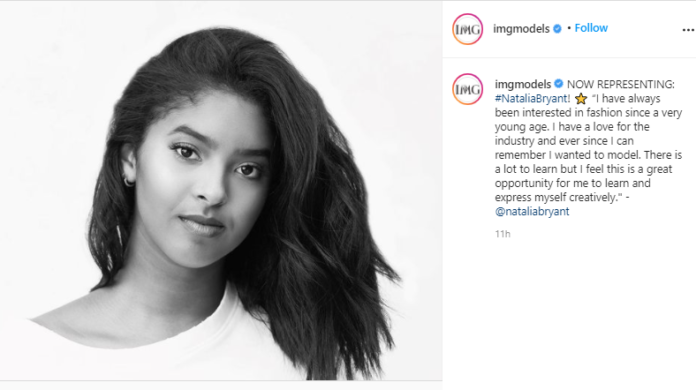 Natalia, who only turned 18 last month, is the eldest child of late basketball legend Kobe, who tragically died in a helicopter crash last year with daughter Gianna.

The international modelling agency on Monday night announced that Natalia had joined its roster.

Sharing a headshot of the teenager on Instagram, the company wrote: “NOW REPRESENTING: #NataliaBryant! ”

The caption also included a quote from Natalia, which explained how she’d always wanted to model.

“I have always been interested in fashion since a very young age. I have a love for the industry and ever since I can remember I wanted to model. There is a lot to learn but I feel this is a great opportunity for me to learn and express myself creatively.”

She also posted the announcement on her own Instagram page, adding: “I am beyond thrilled and so honored to be a part of the IMG family!”