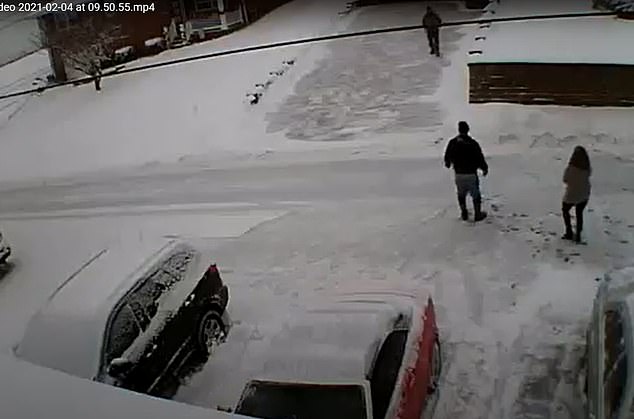 A feuding neighbor shot a couple with a handgun before fetching an AR-15-style rifle from his home to kill them, after an apparent argument over the couple shoveling snow into his yard.

Disturbing video has emerged showing the Pennsylvania couple yelling obscenities at the neighbor, before the man grabs a gun and fatally shoots the husband and wife in the middle of the street.

The gunman, Jeffrey Spaide, 47, then took his own life as cops closed in.

The violent incident took place at the height of Monday’s Nor’easter storm in Plains Township in the suburbs of Scranton, claiming the lives of James Goy, 50, and his wife, 48-year-old Lisa Goy.

Prosecutors in Pennsylvania have officially ruled the deadly triple shooting a murder-suicide.

The argument appears to have been sparked after the victims dumped snow into their neighbor’s yard while clearing their cars.

Spaide asked the pair to stop, which prompted James Goy to throw aside the tool he was using to clean his car, walk up to his neighbor in the street and make a fist at him.

Surveillance video from the scene shows the Goys yelling at Spaide and calling him a ‘mother******’ and a ‘p****.’ Spaide goes back into his house as the Goys continue cursing at the neighbor. 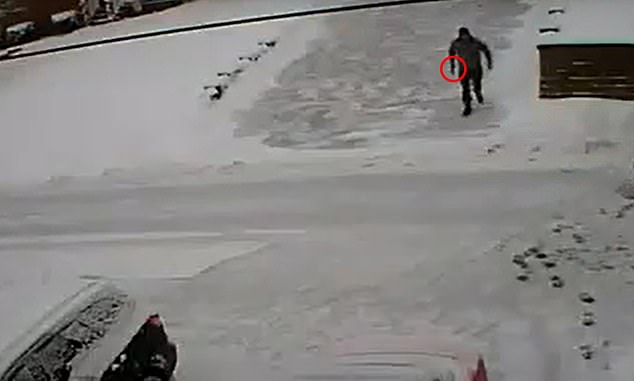 In the video, James is heard yelling at the neighbor ‘I’ll knock your a** out’ and ‘I’ll make your life a living hell.’  Moments later, Spaide emerges from his residence holding a pistol, but the Goys carry on with the verbal abuse and seemingly challenge him to shoot, with Lisa yelling, ‘Go ahead! Go ahead!’James and Lisa initially do not react and remain standing as Spaide opens fire on them.

He fires multiple rounds from close range, striking both victims and causing them to collapse to the snow-covered ground.

The gunman then goes back into his house to get an AR-15-style rifle, which he uses to shoot his neighbors again, killing both in the middle of the street. 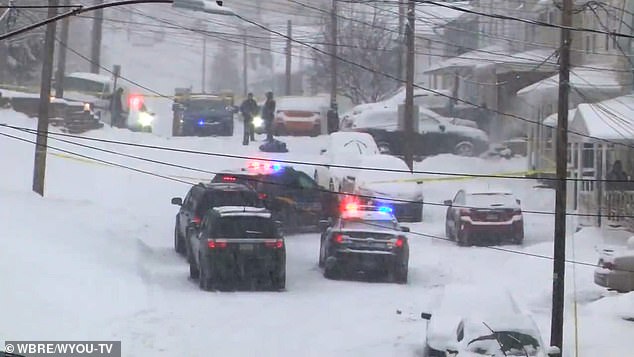