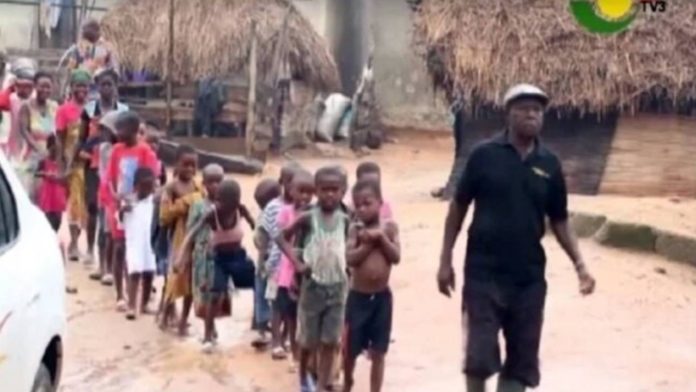 The video of the man, his wives and his children has gone viral on social media as he is currently trending online.

Asilenu who prides himself in being a father, said he wouldn’t give up having children until his last breathe.

One of his children, Obed Asilenu who was interviewed believed that his father has more than 100 children. His eldest child is reportedly around 40years and his youngest is over 1 year old.

He also mistakenly proposed to his daughter without knowing that the girl was his daughter.