Nigerians are reacting on Twitter after Apostle Suleman revealed that he bought his 3rd private jet during the height of the pandemic and even was praying for Covid-19 not to end while many were complaining of hard times.

In a video, that has since gone viral, the general overseer of Omega Fire Ministries International, was heard telling his congregation that: “In Covid, I bought my third jet.”

He also went on to say, that he was praying for the pandemic not to end because he was able to get a lot of rest, and wasn’t feeling the economic meltdown.

Reacting on Twitter, some Nigerians condemned the clergyman for his ‘insensitive comments”, with one stating that “Christianity” has effectively reduced the national IQ of Nigerians by many points

According to the Twitter user, “it will take trauma and reorientation to put Nigeria on the right path.” 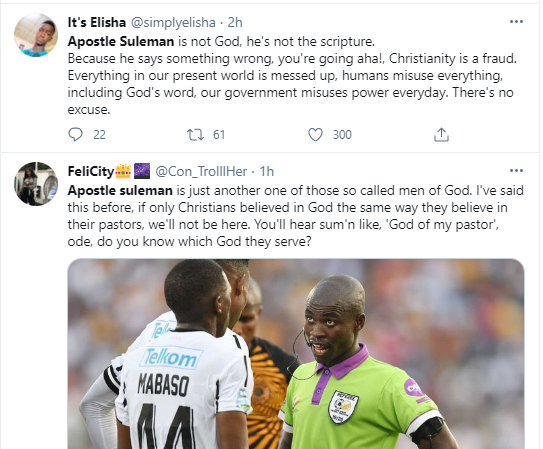 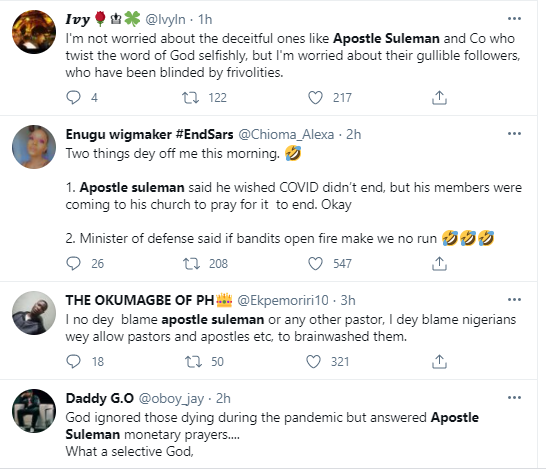 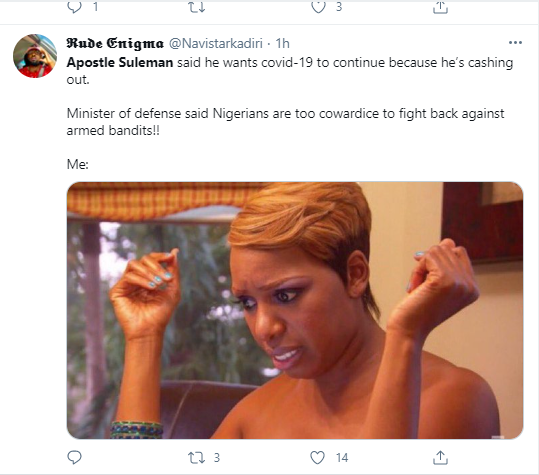 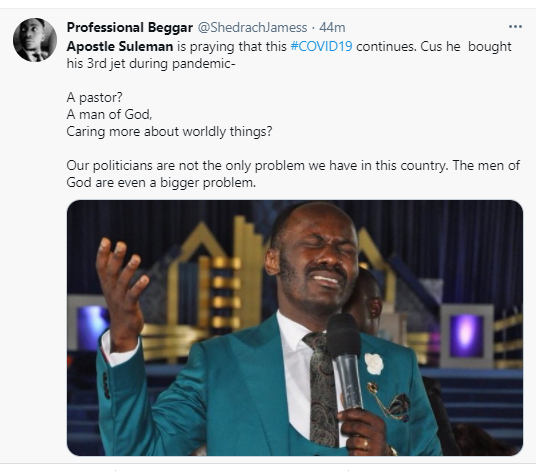 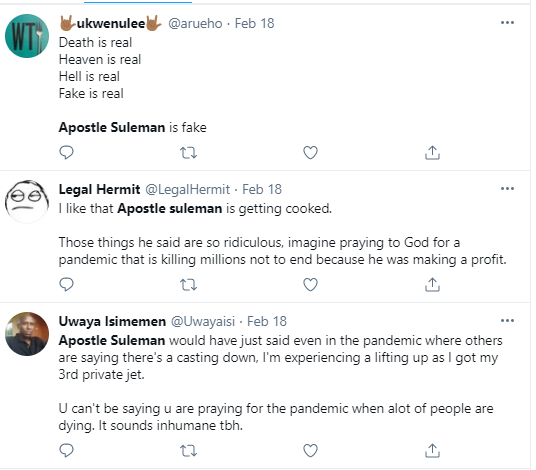 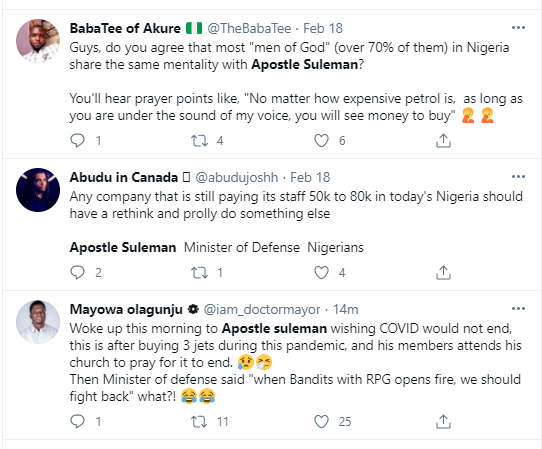 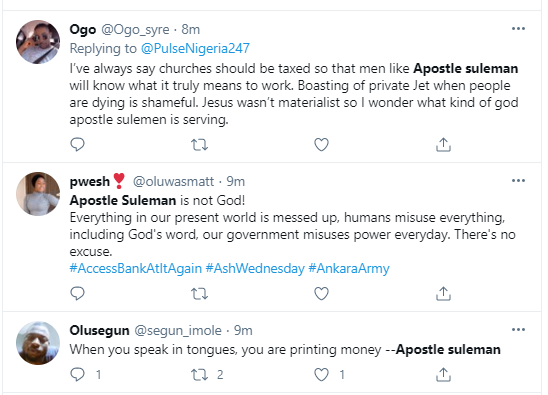 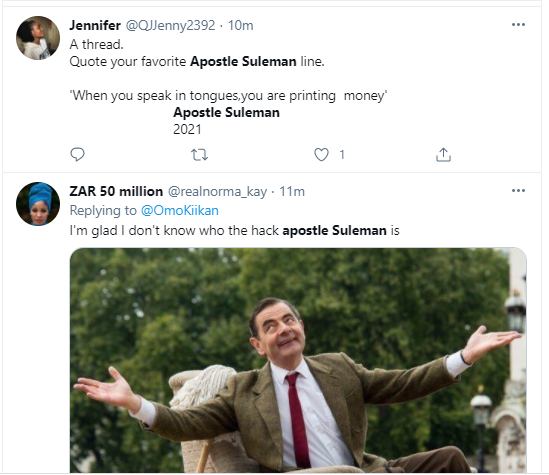 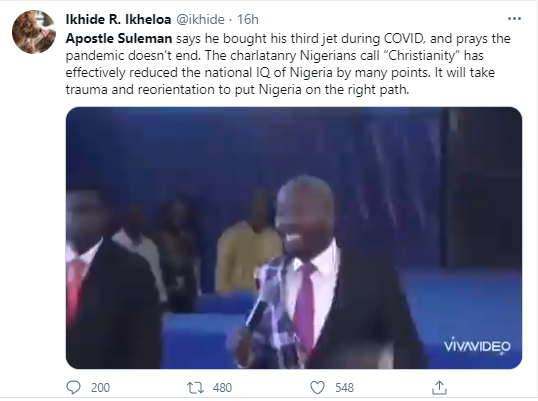 Three Arrested After Boy, 3, Had Acid Thrown At Him In...