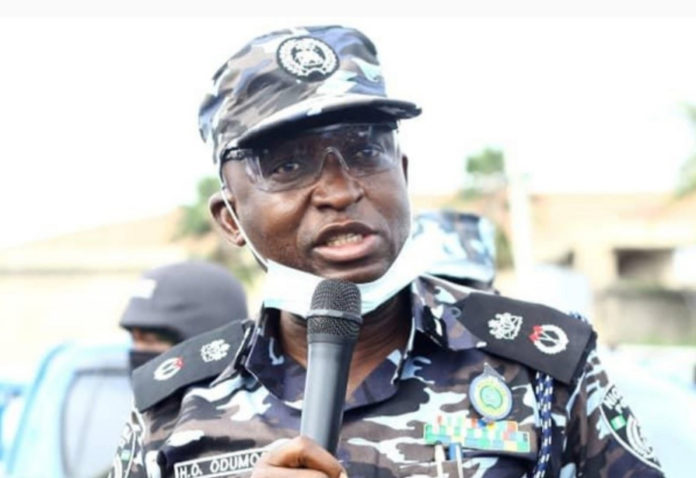 The Lagos state Commissioner of Police, Hakeem Odumosu, has declared that no protest will be allowed to hold at the Lekki Tollgate on Saturday, February 13.

On Tuesday, February 9, some Nigerians using the hashtag #OccupyLekkiTollgate announced plans to stage fresh protests over plans to reopen the tollgate. The Lagos Judicial Panel of Inquiry had on Saturday, February 6 gave permission to the Lekki Concession Company LCC take over the tollgates that have been shut since October 2020 after the gunshot incident that reportedly left some EndSARS protesters dead and injured.

While the #OccupyLekkiTollgate proponents were making plans for their protests, another group using the hashtag #DefendLagos announced plans to hold a counter-protest at the same Lekki tollgate.

Speaking on the development, Odumosu while speaking to newsmen, said no group would be allowed to hold any protest come Saturday, February 13.

“Allowing both groups to carry out their planned protests will be counter-productive. No protest in any guise will be allowed to take place on Saturday 13th February 2021.”he said

Polish mayor dies day after ‘man stabs him’ on stage