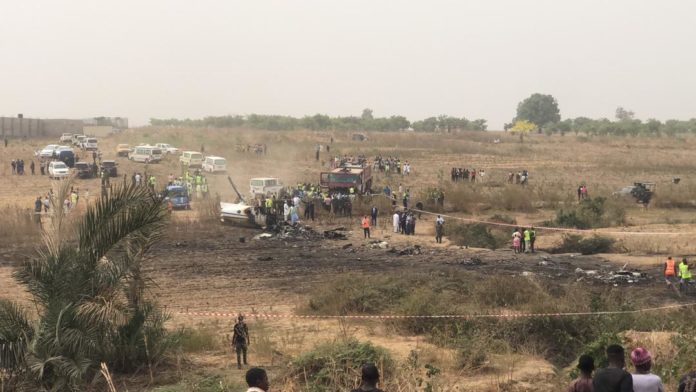 Minister of Aviation, Hadi Sirika confirmed the crash in a tweet and said it “appears to be fatal”

The Minister also urged Nigerians to be calm and wait for the outcome of an investigation by the military.

He wrote: “A military aircraft King Air 350 has just crashed short of our Abuja runway after reporting engine failure enroute Minna. It appears to be fatal. We should remain calm & wait for the outcome of investigation by the military, while we pray for the departed soul/souls if any.” 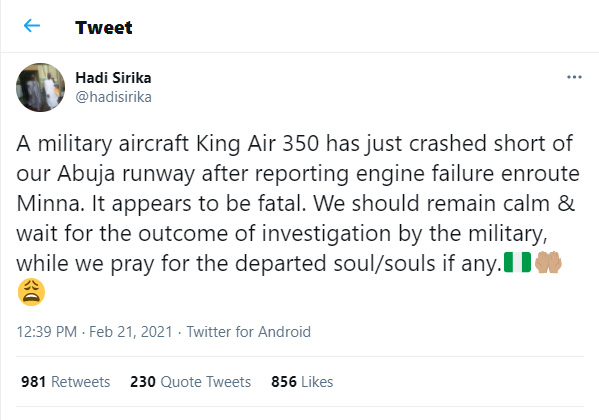 Video shared online shows firefighters battling the blaze from the crash scene. There are also unconfirmed reports that there is no survivor.

A private jet just crashed outside the Abuja airport this morning.

Eyewitnesses say that the pilot took the plane to a bush instead of the residential areas it was supposed to crash into.

No survivors reported as at this time. pic.twitter.com/41a0k5SHin

Caption This Photo Of Whoopi Goldberg In A Bathtub Filled With...