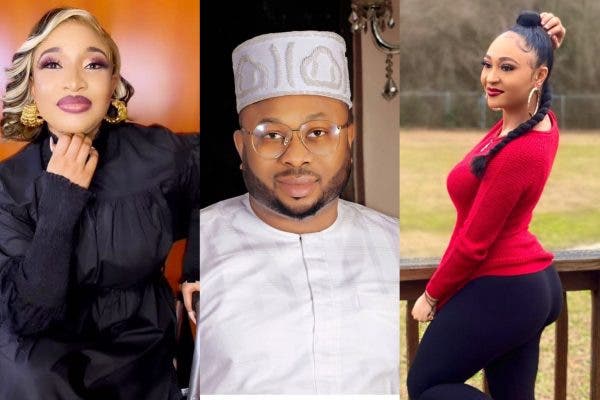 Churchill disclosed this on his Instagram page as he addressed Rosy Meurer as ‘Mrs Churchill’ while wishing her a happy birthday.

He wrote: “During my hard times when depression would have taken the better part of me, you were my bedrock. When it was like the whole world was against me, you stood by me and took missiles for me.

“Happy birthday Mrs Churchill. Age with grace, I’ve got your back.”

Recall that Tonto in a video tearfully revealed how Churchill’s Personal Assistant and actress, Rosaline Meurer crashed her marriage.

Meurer, however, denied the allegation, saying critics should get their facts right.

She stated that her relationship with Churchill was work-related and described him as her mentor.

She was quoted saying, “The claim is irritating to the ears; it’s just like saying ‘are you sleeping with your brother’.

“Like I have said before and I say again, he’s like a mentor to me. He’s someone I look up to.”

However, it looks like the truth cannot be hidden for too long as Churchill and Meurer have finally taken to social media to profess their love.

Recall that Tonto’s marriage to Churchill crashed in 2017.

Rosy Meurer called Tonto Dikeh’s ex-husband Olakunle Churchill her brother, and he called her his sister too ????

Finally they got married in Timbuktu ?? pic.twitter.com/QALpKSRuob