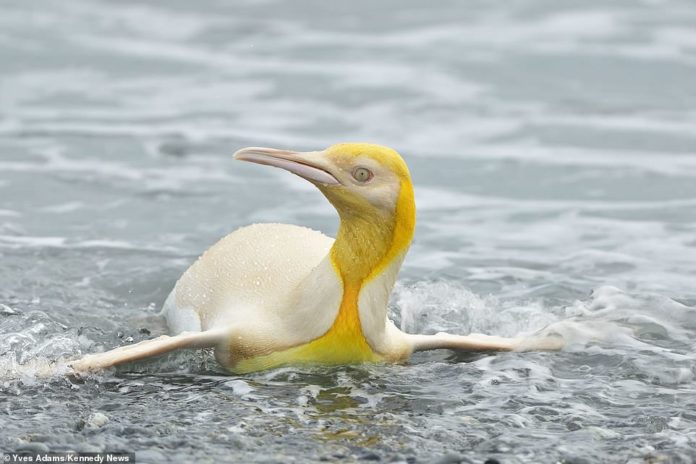 A wildlife photographer has captured images of what he believes to be a ‘never before seen’ yellow penguin during a tour on South Georgia.

Yves Adams said he spotted the unusual looking king penguin with a bright yellow plumage – instead of the usual black feathers – while leading a two-month photography expedition through Antarctica and the South Atlantic.

The youngster can be seen lounging in the surf and showing off its almost tropical plumage while standing next to a regular black and white penguin.

After the tour stopped off at the wild islands of South Georgia, the 43-year-old photographer and his guests landed at Salisbury Plain to photograph their colony of more than 120,000 king penguins. 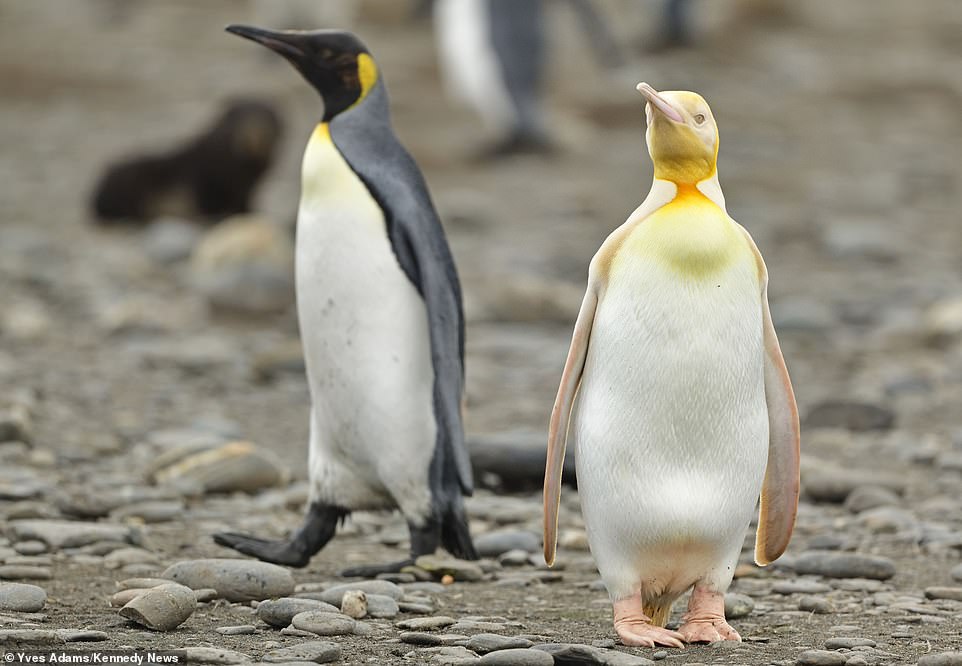 While Yves unpacked safety equipment, a group of the usually monochrome birds swam towards the shore but one unusual bird drew his attention.

Noticing the youngster with its bright plumage, Yves was quick to grab his camera and snap these images of what he calls a ‘never before seen’ yellow penguin.

Yves, from Ghent, Belgium, said: ‘I’d never seen or heard of a yellow penguin before. There were 120,000 birds on that beach and this was the only yellow one there.

‘They all looked normal except for this one. It really was something else. It was an incredibly unique experience.

The photographer claimed that the penguin’s almost tropical plumage was caused by leucism, a mutation that prevents any melanin at all from being produced in feathers, causing white, pale, or patchy colouration in an animal. 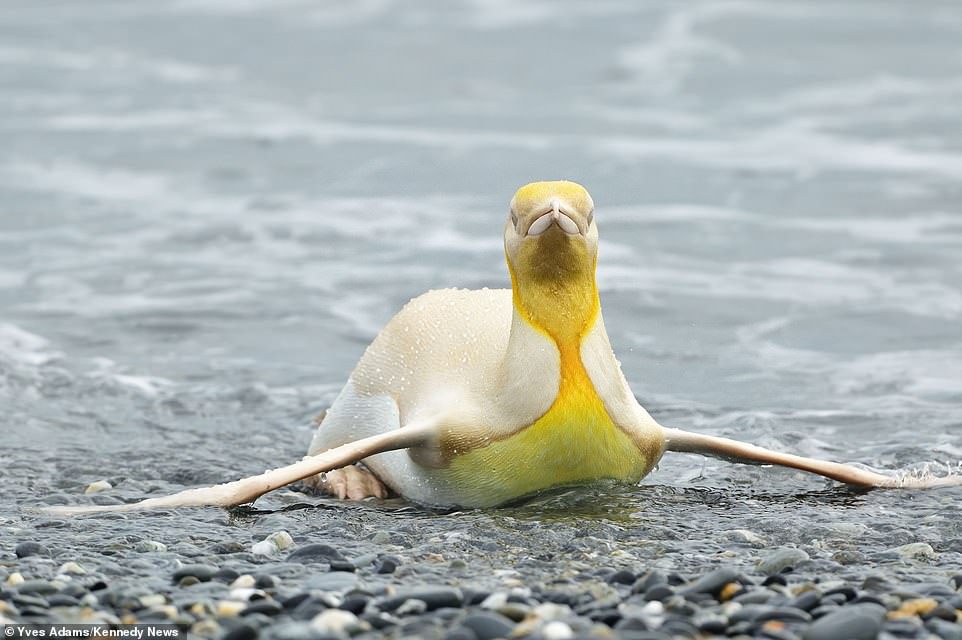 The degree of leucism can range from just a few feathers to the entire plumage, from a ‘melanistic’ penguin whose normally white parts are black, to a ‘albinistic’ penguin that lacks both melanins and is totally white.

Many species of penguins have a few rare individuals with this colour pattern, penguin expert P. Dee Boersma of the University of Washington in Seattle told National Geographic.