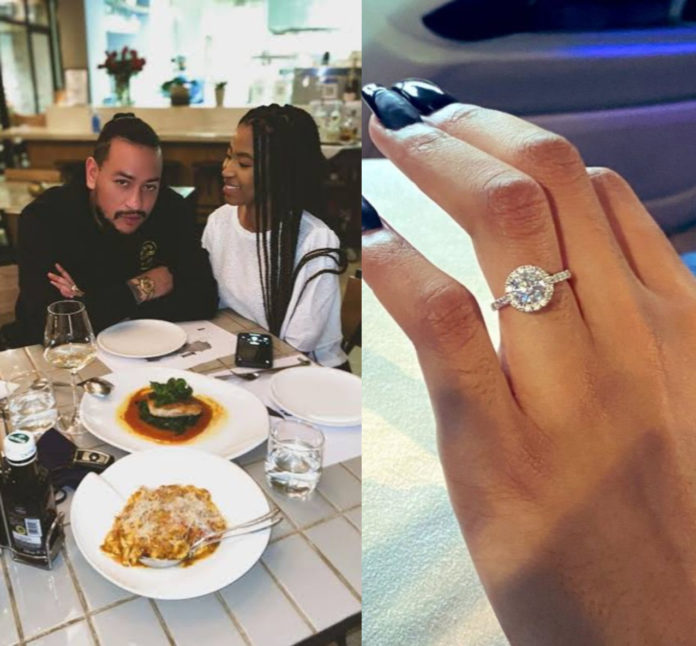 South African rapper, AKA, appears to have confirmed he’s engaged after sharing two posts of his girlfriend’s hand with an engagement ring on it.

He first took to his feed to share a caption-less photo of Nelli’s hand with an engagement ring on her ring finger.

Nelli also took to her Instagram Stories to share the same photo and she wrote: “I’m happy.”

AKA then re-shared her post alongside a few words for the naysayers.

He wrote: “LOL, you hunnies sayin’ it will end in tears. Learn a thing or two because JOKES on you lovies for being fuckin’ trolls. Happy frikken Monday.” 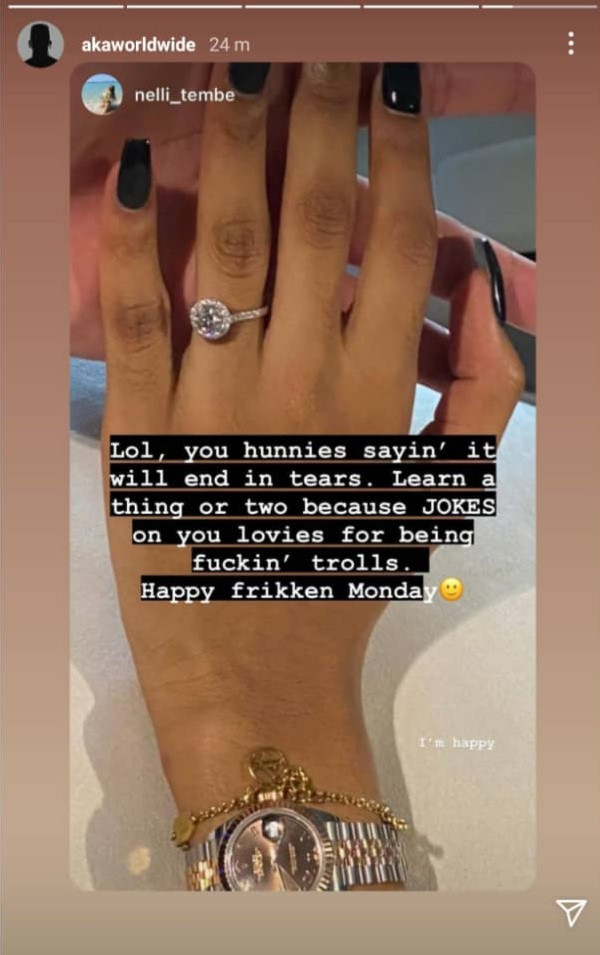