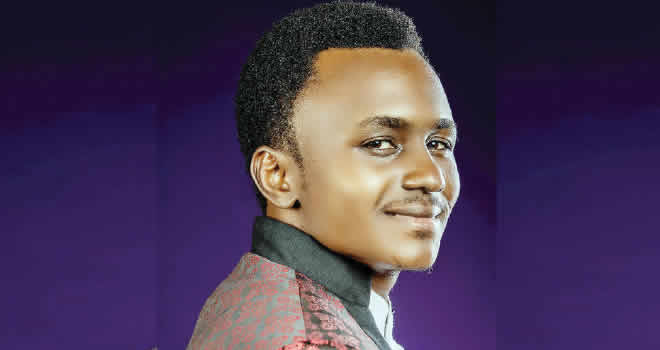 Twenty-eight-year-old Adamawa-based evangelist, Marwa Tumba, tells HINDI LIVINUS about the controversial relationship between him and a 33-year-old lady, Kwanye Tumba, who dragged him to court over alleged false marriage promiseWhat is your relationship with Kwanye Tumba, the lady who sued you for alleged false marriage promise?

The relationship between me and Kwanye is simply the kind of relationship that exists between a pastor and any member of his ministry (church). It is the kind of relationship an evangelist will have with anybody on the street. Kwanye has never been a serious member of my ministry, though. She comes today and tomorrow she will not. It is when she is coming with trouble that you will see her (in my church). Sometimes we have to block her from giving testimonies because her testimonies are always characterised by insults. My relationship with her is a normal relationship, like the one that exists between me and anyone else (in my church).

But in the lawsuit she filed against you, she alleged that you made a false marriage promise to her and made her sell her house.

I never told Kwanye I would marry her. How can I marry someone who is older than me? Kwanye is 38 while I am just 28.

It is a lie. She is 38. She revealed this (to me) during counselling. When people come for counselling they open up. She was the one who told me she is 38. But she lied to them in court that she is 33. She wants me to marry her, but it is not biblical. What is in Kwanye that I should propose to Kwanye? I eat good food, I ride a good car. What should I do with someone like Kwanye? I cannot marry my mother. It is not biblical.

Why did you ask her to sell her house when you knew you could not marry her?

How much was the tithe?

It was N50,000 from the proceeds of the sale of the house. But even that, I did not approve of it and I received it with caution; because I didn’t give her my account number and I don’t know how she got my bank details to make the deposit.

She also spoke about giving you various other sums, including N107,000.

Yes, she sent me N107,000. She (later) reported me to the United Police Chaplaincy, that I promised marrying her, among so many other things. She told the chaplaincy that she saw me in her vision. And the chaplaincy asked her what the problem was? She said her problem was the money (she gave me). She said she wanted me to return the N107,000. But she said N7,000 out of the money was tithe. So, I returned N100,000 to her and she signed. I returned the N100,000 in cash. Money is not our problem; we have money in the account of the ministry. I am not on salary in my ministry. I give the highest (offering/tithe). I help people. The money that she’s claiming is nothing to write home about.

Can you tell us how the two of you met?

We met at a programme at Yolde Pate. I was invited as a guest minister. She came to me ordinarily as people would come to see a man of God briefly for a handshake after ministration. That was how we met. I never sat down with Kwanye to discuss relationship (issue with her). I have never laughed with Kwanye. Even a handshake, I have never had with Kwanye. I have witnesses who can testify that nothing has ever joined me with Kwanye.

She said you tried to keep your relationship secret.

It is a lie. I never called Kwanye for counselling rather Kwanye was the one disturbing my life. Kwanye has been a threat to my life. I am happy that the case is in court because I feel my freedom is on the way. After this court case, if she crosses my path, I will deal with her. Kwanye has been a problem for me. If Kwanye hears that I have a programme, she will ensure she is there. Kwanye has never missed my programmes except she’s not aware. If not for God’s sake, I should be the one reporting Kwanye and not the other way round.

Kwanye alleged that you jilted her after draining her of all the proceeds from the sale of her house?

Kwanye is lying. The attacks began since I rejected the offer of that house. Now, looking back with the benefit of hindsight, I realised that Kwanye had been looking for a way to scandalise me with the house she sold. She first brought the document and said she wanted to sow the house as a seed. But through the wisdom of the spirit I rejected it. Kwanye has been scandalising me. She went to so many pastors to report me. She reported me to the former Chairman of the Pentecostal Fellowship of Nigeria in the state. All the pastors called me and told me, “This girl is not okay.” The issue of Kwanye has been a threat to my life.

She also alleged that you told her to go to her village because you were coming to ask her parents for her hand in marriage?

I never proposed to Kwanye. So, I couldn’t have sent her home. When Kwanye came here and said she had sold her house to start a business and that she didn’t have a place to stay, I was not happy. So, I said if you don’t have a place to stay and you have already lost your job and things are not working, why don’t you go to your village? That was what I said. I did not send Kwanye to the village. I have never proposed to her.

Why didn’t you call her and clear the air when she was telling everyone that you were in a relationship?

I told my elders and they called her times without number, but she refused to listen. My parents have also called her and talked to her. That was when they started chasing her away from our house. My father even threatened to shoot her with his gun if she ventured into his house. Kwanye has proven that she is not even a Christian. Some of my (church) members have even said that the woman is not even born again.

Has the court case affected you or your ministry in any way?

How do you respond to the allegation by Kwanye that you impregnated a member of your church who now has a three-year-old child for you?

You said the court case made you unhappy. Do you see this Kwanye issue as a test of your faith?

Men of God like me out there should prepare their mind. It happened to Jesus. If this is happening to a ministry that has no signboard, no WhatsApp or Facebook (accounts) then other ministers should be prepared. What happened to me can happen to them. Persecution is part of the work. We are in a deadly world where people can claim anything. My advice to every Christian is that they should prepare their mind that things like this can happen to them. You can see (what happened to) our father, Apostle Johnson Suleiman, just recently. There’s no great man of God that has not faced persecution, (including) Kumuyi that we see as the standard; the Adeboyes that we know. There is no great man of God in this world that has not passed through tribulation. If your journey is on the path to greatness you must experience this kind of trial. My advice is that they (clerics) should prepare their mind and believe in God to fight their battles.